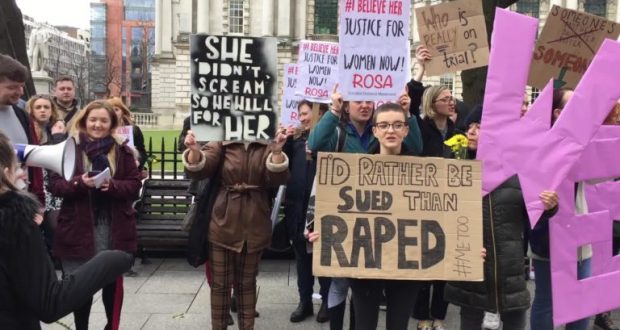 Northern Ireland, tied with Romania, is the region with the highest reported rate of femicide in Europe. One-fifth of women in the North will experience domestic violence at some point in their lives, and domestic abuse crimes have increased by 68% since 2004 at a time when funding for services and refuges for those fleeing abuse is under threat. 31,500 cases of domestic violence were reported from June 2018 to July 2019, equal to a shocking 94 reports per day or 4 every hour. In March 2019, a woman and her 15 year-old daughter were murdered by her partner in Newry. This is just one horrific example of an increasing number of cases year-on-year.

Reports of rape saw an 18% increase from 2017 to 2018 in Northern Ireland, where only one specialist rape crisis centre serves the entire region. Only 5% of the rape crimes reported in 2018 resulted in a summons or a charge. In Northern Ireland, where we have a population of just 1.8 million, it is clear that rape and gender-based violence are a huge problem.

While the period of conflict known as the ’Troubles’ ended over 20 years ago, the impact that the conflict has had on society has been profound. Northern Ireland has the highest suicide rate in the UK and there has been a 60% increase in paramilitary-style attacks since 2013. It is clear that the ‘Troubles’ are not over.

The Good Friday Agreement which marked an end to open conflict has not been a long-term resolution. A 1992 study showed that abusive partners used their membership of paramilitary organisations to threaten their partners. There is still a link between paramilitarism and gender-based violence today. Northern Ireland has not left its militarised culture behind, and there still exists within certain groups, a glorification of the paramilitaries and the conflict.

It is arguable that another legacy of the Troubles, and specifically paramilitarism is macho culture, which undeniably plays a part in domestic violence. Women who take part in studies often report their partners took control of their money, where they went, and who they saw. The need to control, and a sense of superiority are aspects of the macho culture prevalent today.

In a 2016 study, one woman, who had suffered domestic violence said that, “I think my doctor had an idea for sure, but she didn’t ask me directly. I suppose because of timing – you go to the doctor and they are always trying to rush you out as soon as possible.” Cuts to the NHS and the time pressure put on medical professionals make it more difficult for gender-based violence to be tackled.

We also cannot ignore the devastating impact that cuts to public services including the NHS as well as welfare reform have had. Since the ’Troubles’, there has been a 16% increase in women citing financial reliance on their partner as a reason they wouldn’t leave an abusive relationship. This is alongside the fact that women’s refuges often have to turn women and children away due to a lack of resources.

This demonstrates in a very real way the impact that austerity and welfare cuts have had. These cuts were agreed to by the main parties: the DUP, Sinn Féin and Alliance, and were implemented by the Tories. These parties have leaders who are women, but this only highlights their disregard for the interests of working-class women and children, and shows these female politicians represent the interests of the elite just as their male counterparts do. The conclusion for socialist feminists and those serious about fighting for gender equality is that we have to build active movements of the working class to challenge injustice and oppression.

Movements around rape and gender-based violence have seen an increase in the past few years. This was illustrated in the North by the active movement that took place in response to the Ulster Rugby Rape Trial in 2018. Although the defendants were found not guilty, the trial and public discussion surrounding it exposed a culture of entitlement, objectification of women and misogyny which was greeted with revulsion by the large majority of working class people. Hundreds also participated in protests including one called by ROSA Socialist Feminist Movement.

While a fully-funded NHS, secular education, and a higher amount of services for victims of rape and abuse could be transformative, we must also recognise that this is very much a systemic issue. Just as division in the North is a block to progress and struggle, women’s oppression has a material benefit to the capitalist system. It is only when we break from this system, and live in a socialist society that we can truly rid the world of the oppression and inequality that capitalism perpetuates. 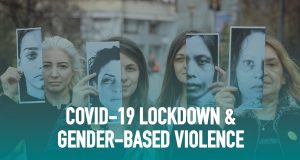 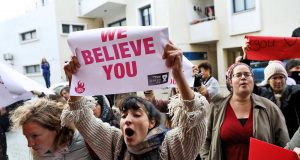 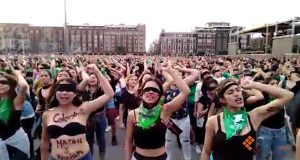