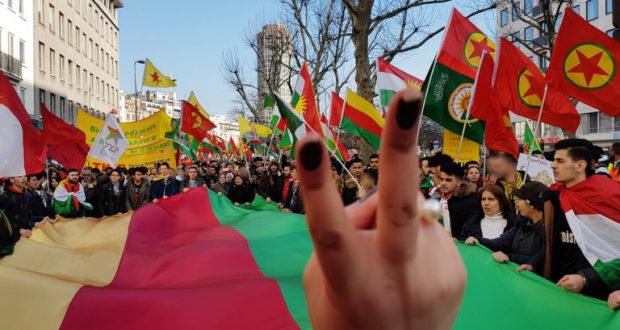 Rojava: No to Turkish invasion

By Claus Ludwig SAV CWI in Germany. This is an updated version of an article from sozialismus.info

A new stage of the war in Syria is now beginning after President Recep Tayyip Erdogan has announced that Turkish troops are ready to attack and occupy the Kurdish region of Rojava in northern Syria. The first wave of troops accompanied by widespread airstrikes has moved across the border leaving the population of the region in a state of ‘huge panic’. This comes just three days after Donald Trump, in a phone call with Erdogan, promised that US troops would be removed from North-East Syria.

Turkish units, having already invaded Afrin, the geographically isolated western province of the Kurdish region in 2018 have essentially been given the green light to take over Rojava during Trump’s phone-call.

This marks the beginning of the next phase of the war between world and regional powers, which is being fought out on Syrian territory and at a terrible cost for the Syrian people.

The outcome is uncertain. President Erdogan will use the crushing superiority of the Turkish army, but he has repeatedly proven to be a bumbling strategist. The Kurdish People’s Defence Units (YPG) and Women’s Defence Units (YPJ) that currently control Rojava do not have the military potential to oppose the Turkish tanks and Air Force. Their proven heroism, motivated by the defence of their homes will not be enough to resist Turkey’s firepower. But despite this, Erdogan will not be able to “pacify” the region. Even if he achieves early bloody victories, he will not be able to enforce his rule without further violence. The Kurdish units will, as in Afrin, continue to conduct guerrilla warfare.

As resistance in south eastern Turkey, northern Iraq and northern Syria increases, the war zone will expand. The longer opposition to the invasion and the subsequent guerrilla fighting lasts, the stronger this will impact the Kurdish conflict in Turkey itself. The newly disturbed balance of power within Syria will become more confused. In stating its reasons for the withdrawal of the troops, the US government says they are no longer needed because the caliphate of the “Islamic state” has been defeated. But the IS was smashed on the ground by Kurdish units. Thousands of Islamist militants and their relatives are currently in Kurdish internment camps. The Turkish invasion will release them.

A defeat for the Kurdish forces will instantly create a vacuum, which the reactionary Islamist forces will be able to break into. The Erdogan regime has in the past used IS forces directly to terrorise the population. Now Islamist militias are deployed in Afrin as ground forces under the control of the Turkish army. But whether Erdogan leans directly on the Islamists or tries to keep them in check – they will regroup with the aim of destroying Kurdistan.

If Turkey implements its promise to relocate many Syrian refugees – mostly of Arab origin – from Turkey to the Kurdish areas, it will prepare the ground for new ethnic evictions and massacres. These victims of the war are being offered a new ‘home’ from which others must first be expelled. This will allow Islamist militias and gangsters of all kinds to take control of the redistribution of areas of influence and trade routes. On this basis, the IS or a follow-up organization might even be able to relaunch an offensive against the Assad regime.

At the same time, it cannot be ruled out that the Assad regime will exploit the Turkish invasion and use its troops against the Kurdish region to kill two birds with one stone, by accelerating the overthrow of Kurdish self-government, while at the same time ensuring that the IS fighters captured by the Kurds are taken out of the equation by massacring or imprisoning them.

European leaders too are implicated

A few days ago Federal President of Germany Steinmeier visited Turkey. Although he probably voiced his “concerns” or “worries” about a Turkish invasion of northern Syria, he did not try and stop Erdogan or threaten to take any action. The Federal Government has also given the go-ahead with their public but toothless warnings. If Turkish units invade Rojava, they do so with the help of German technology, tanks, trucks and automatic weapons produced under license. German Tornado aircraft flown by German Air-force pilots operate from the Turkish military airport Incirlik. They monitor the situation in the border area and thus safeguard Turkish operations, as their intelligence is gathered to be used “against other actors”, “against the IS” and “against terrorism”. Turkey, is of course a NATO partner. The Bundestag Mandate approving use of the Tornadoes will expire on October 31, but presumably neither the SPD nor the Greens will oppose extending this mandate.

Although Kurdish people living in Europe are active in protesting attacks on their region, they often find they do not have wider support for example against the Erdogan regime itself. But if this aspect, that of the involvement of the European powers and arms corporations was to be brought out, and people realised how much profit was being made out of the deaths of people in Syria the basis of protests could be widened. If those courageous Kurdish organisations, who are already prepared to speak out in Europe were to make an open appeal to left organisations, trade unions and social movements they could get wider support.

During the battle for Kobane in 2014/15, although the Kurdish units of the YPG and YPJ were highly motivated and determined, US air support was critical in ensuring their success. By cooperating with US imperialism in this way, the Kurdish movement gained tactical advantage but ended up in a strategic dead-end. It did so at the cost of losing part of its biggest asset, its principled position of fighting for a multi-ethnic, multi-religious, democratic Syria, renouncing territorial gains and oppression.

Response of the US

Trump’s statement about the withdrawal of US troops came as a shock not only to the Kurdish people, but it has met much resistance within the US itself, even within the Republican party. Critics describe it as a present for Russia and Iran, as it will strengthen their alliance with Assad. It is now suggested that a section of the Kurdish leadership is looking to Russia to broker some kind of deal with Assad, which would mean sacrificing Kurdish autonomy to stop further Turkish encroachments.

But neither regional powers, the US imperialists or Putin’s Russia can be real allies. For US imperialism, their alliance with the Kurds was just a tactical measure, not for strategic interests. As a result, it was clear that sooner or later that support for the YPG / YPJ units would be dropped to serve US imperialism’s overarching and long-term interests. In the end, the Kurds can only secure their democratic rights by struggling in alliance with the oppressed and exploited of other nations in the region for common interests and most importantly against the capitalist powers which are not prepared to ensure their political and economic rights.

However, years of sectarian conflict and war have meant that the national and religious divides are very wide. It is necessary to start the very difficult and sometimes politically sensitive work to overcome these divides and build a truly multi-ethnic force in the region.

The joint march on conquest of the Sunni city of Raqqa by the YPG and US forces has not helped advance this key strategic task, but has thrown back the Kurdish movement. From a military point of view, it could possibly be argued that it was necessary to take-over certain Arab-inhabited areas to create a defensive zone around Rojava. But Raqqa, a distinctly Sunni Arabic city is far from the Kurdish settlement areas. There, too, part of the population welcomed the end of IS terrorism – this could have laid the basis for a certain unity with the Kurdish population. Instead, many civilians died during the US bombing of the city. New wounds were torn open, new hate sown. There is now the danger that, unlike in 2014, the YPG and YPJ units will not be seen as a force for liberation, but as another of the ethnically defined militias in the Syrian war, which is ready to ally themselves with any other forces in their own interests and, in the process take responsibility for more death and terror in the country.

The situation in the Middle East can only change if it succeeds in building a multi-ethnic, socialist movement of the oppressed of all countries. The Kurdish movement can play an important role here, because of its geographical location, its socialist roots and because of its current policy against ethnic divisions and for equal democratic self-government. But it needs a deliberate strategy to reach Turkish, Arab and Iranian workers and peasants. It needs a program to promote the unity of working and oppressed people. For this, it must be completely independent of the capitalist class and reject any alliances with the criminal gangs of the ruling elites.

In the dark hour of the Turkish invasion, there are events such as the massive social protests in Iraq and the strike of teachers in Jordan, which show a different perspective for the region. The Kurdish movement should do well to look at its own experience, at the way the women have struggled, its defence of the environment and in support of direct democracy – and look beyond the Kurdish horizon. It needs to be clear that there can be no progress on the basis of capitalism in the Middle East, but the common class struggle across national and religious borders is the key, the common struggle for the overthrow of all regimes, for a voluntary socialist federation of the Middle East. 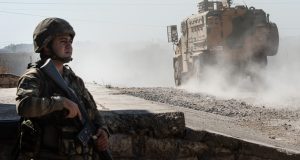 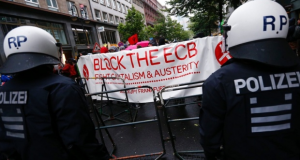 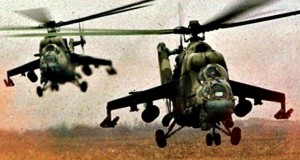