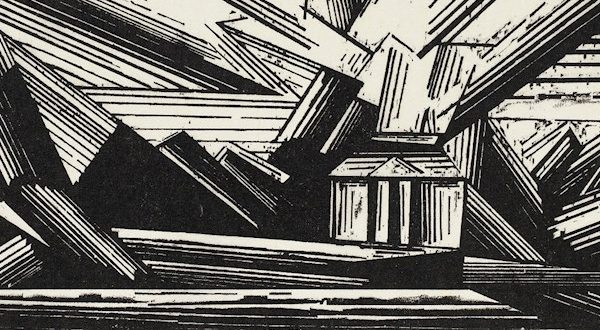 In April 1919, less than six months after the ending of World War I and just a few months after the crushing of the November Revolution by the German Social Democratic Party leadership, Walter Gropius set up the Bauhaus (School of Building) in the historic town of Weimar. Having served as an officer in the German army, he had experienced first-hand the devastating impact of war and, in particular, the way in which technology was wielded by imperialist powers to destructive ends. The ideology of this new art school was clearly shaped by these events and embraced the spirit of the November Revolution.

Under the previous imperialist rule, the arts were suppressed. Stuffy and conservative bourgeois academies churned out what Gropius considered to be an art divorced from life. Inspired by the radical experimentation in the arts after the Russian Revolution, he championed a new art and wrote the Bauhaus Manifesto (the cover illustrated with Feininger’s woodcut ‘Cathedral of Socialism’), along with many other writings espousing his beliefs.

Among his stated aims was to remove all class pretensions between the artist and the artisan; he viewed distinctions between the two as divisive. Instead, at the Bauhaus, art, craft, and later industry were to be fused. The culmination of this unity of the arts and industry would be embodied in the ultimate collective work of art: the building. More radical still, he propounded the theory that technology should be a means of freeing workers from burdensome, mechanical labour and that failure to do so would result in the continuation of a disordered society whereby the individual remained enslaved. Gropius’s school, then, would be a model for a more humane and unified society.

Gropius lamented the previous isolation of the artist from the community arising from the academies resulting in, in his view, the loss of folk art and the creation of an ‘art-proletariat’ unequipped to cultivate their own economic and creative independence. His vision for the Bauhaus was to develop a programme which would foster “actively creative human beings.” To achieve this, he designed this programme, firstly, to develop the individual’s own style and, secondly, for the students to go on to learn various skills at their choice of workshop. Unfortunately, this choice did not extend to the female students, who were encouraged to take weaving workshops only. Ironically, these workshops proved to be the largest source of revenue for the school.

Stylistically, the Bauhaus can be summed up simply: form follows function. This meant a form of design and art that did not contain extraneous decoration, and an architecture whereby construction materials (such as piping or steel beams) would not be hidden for purely aesthetic reasons as they were an integral part of the design.

The Bauhaus was also socially progressive: students were encouraged to live freely, celebrate life and experiment. Students could be seen walking around Weimar with androgynous styles of dress and outlandish costumes, and they practiced an open and free sexuality. A significant number of students were also Bolshevik, many were Jews and the combination of all of these factors meant unwanted attention from right-wing forces and the rising Nazi movement. Eventually, state funding was pulled, resulting in a re-location to Dessau and later to Berlin, where the school was eventually closed due to Nazi pressure in 1933.

With continuing Nazi persecution throughout Germany, many students and teachers, including Gropius himself, fled Germany and spread Bauhaus to Europe, the U.S. and Israel. Unfortunately, only the formal aspects of Bauhaus were transmitted; for example, the architectural style was appropriated in the US where it became the style of austere corporate capitalism, a far cry from Gropius’s intended purpose.

The Bauhaus flourished for a short time and represents optimism and hopefulness ripe with the possibility of a just and humane society. Unfortunately, this society was not realised and far-right ideology plunged Germany and much of the world into another war. One hundred years later, the world is faced with another rise in the far-right, posing a significant threat to the rights of workers, women, people of colour, the LGBTQ community and the vulnerable in society. This signifies a capitalist system in crisis and a backlash to gains achieved over the last number of decades. In recent years, however, there has also been a rise in movements against oppression and injustice globally. It is within these movements that Marxist ideas can, and do, find fertile ground in the struggle against capitalism. Socialism provides the only viable alternative to the current untenable structure of society and the optimism and vision of the Bauhaus can be an inspiration in this undertaking.

Bauhaus 100: The Print Portfolios exhibition at the National Gallery of Ireland presents 52 prints from artists such as Paul Klee, Wassily Kandinsky, Lyonel Feininger and Natalia Goncharova. These prints were part of an initiative by Gropius to fund the Bauhaus and he invited many well-known artists of the time to donate artworks to financially support the school. Unfortunately, the initiative was not very successful in raising these much-needed funds. However, they stand as testament to the radical vision that Bauhaus embodies. The exhibition runs until 1 December 2019. 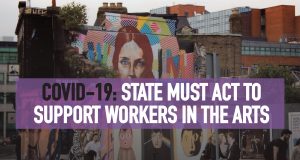