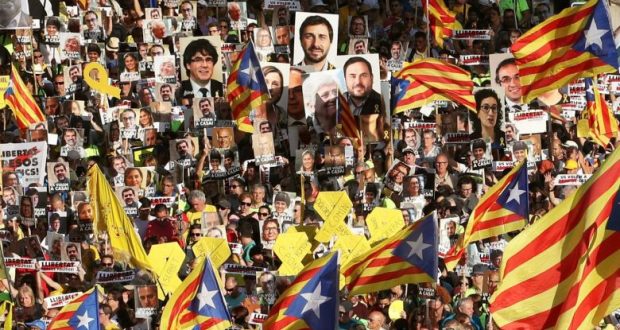 Coming in the midst of a general election campaign throughout the Spanish state, this is an extremely serious event, almost unprecedented in the recent history of Western Europe.

The conservative PP leader, Pablo Casados, is already calling for an effective ban on Catalan pro-independence parties and other anti-democratic, Spanish nationalist measures.

The only possible response from the Catalan youth and working class is to organise a general strike in defence of democratic rights and the right of the Catalan people to decide their own future.

The leader of the Mossos d’Esquadra (Catalan regional police) union has said that “the police are on high alert”. The students have already left the classrooms and are blocking some main roads. Police are checking tickets at airport entrances as they fear a movement similar to Hong Kong. A three-day student strike has been called for Wednesday.

A new phase in the independence movement has been reached and there can be no turning back.

This is a time when the whole left, the labour movement and the social movements, must unite and oppose the anti-democratic regime. This is not the time to speak of “respect for the law” but of a workers’ and popular rebellion against the capitalist and Francoist system.

Unfortunately, Pablo Iglesias’ position is abstract and utopian, and represents another grave and historic mistake:

“Everyone will have to respect the law and accept the sentence”, but from now on “it is time to roll up our sleeves and work to rebuild bridges between a divided Catalan society and between part of Catalan society and Spanish society”. To seek, in his words, “the path towards reconciliation”.

How can there be `reconciliation’ with right-wing political parties that imprison people for their ideas? The Spanish state is trying to criminalize the Catalan people and anyone who expresses the right to self-determination and independence. This cannot be allowed to continue and the left and the trade union movement must oppose this injustice. There can be no respect for a judicial system that oppresses the people.

The left must have a very clear vision of what is at stake in Catalonia. Anti-democratic and Francoist measures are already being taken against the youth of Altsasu and will be used against the entire working class in future battles unless a clear answer is given now.

It is the Franco state that must be put on trial here, free political prisoners, respect for the right to self-determination – prepare to fight in the streets!

For a general strike in Catalonia!

Organize solidarity action throughout the Spanish state and internationally!

For the right to self-determination!

For a Catalan socialist republic! 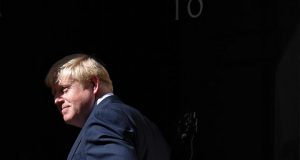