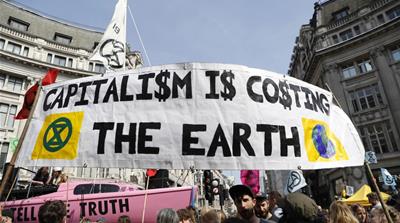 Once an abstract far-fetched notion, the climate crisis has become a tangible threat to human existence. We can now witness and experience the devastating consequences of centuries of untethered exploitation of our planet.

While Trump seeks to purchase Greenland, its ice is melting four times faster than it was 16 years ago. Furthermore, scientists at the U.S Center for Atmospheric Research project that the Arctic will be free of ice by 2040, given the current rise in global temperatures. This will result in catastrophic increases in sea levels, submerging coastal regions and threatening species extinction. The lack of ice caps will also expose sections of permafrost, which can spread diseases such as anthrax, and contains concentrated levels of greenhouse gases such as methane that will only exacerbate climate change.

Moreover, the rapid rise in temperatures triggers and worsens the effects of natural disasters, demonstrated to us last year through the most destructive wildfire season in California and monsoons of unprecedented severity in Kerala. The World Meteorological Organisation revealed that 62 million people worldwide were affected by natural disasters triggered by climate change in 2018.

March 2019 saw Cyclone Idai – the deadliest tropical cyclone recorded in the South-West Indian Ocean Basin – kill over 1,300 working and poor people that had zero input into the corporate activities that kindled the cyclone.

This arrangement is mirrored in every facet of capitalist society – the greed of landlords and property developers leaves precarious workers out of home or struggling to pay rackrents, while the profit motive threatens the jobs of shipyard workers at Harland and Wolff. By nationalising this company these skills and jobs could be used to invest in the development of renewable energy.

Capitalism has always thrived as the upper class reap the benefits of exploiting and oppressing shackled workers. However in 2019, climate change means that the crises driven by corporate greed are no longer limited to the economy, but rather endanger every element of human existence.

Despite this, corporations don pretences of innocence and attempt to manipulate the guilt shared by ordinary people regarding climate change to make us purchase greenwashed products. We must stand against individualised ‘solutions’ to climate change such as switching to electric cars or ditching plastic toothbrushes. These aim to place the blame of the climate crisis on the working class, distracting from the 100 companies responsible for over 70% of industrial greenhouse gas emissions since 1988.

We cannot fight climate change with capitalism, a system that will always put profit before the protection of the planet and its people. Additionally, the election of supposedly ‘green’ candidates to government will not solve the climate crisis, but will result in the imposition of anti-working class policies such as carbon taxes, which have been proven ineffective and only amplify the unfair spread of resources in society.

The only viable sustainable solution to the climate crisis is a democatic socialist society that breaks with the capitalist system by seizing the resources from the hands of the private profiteers. With public ownership, democratic planning and workers’ control over the chain of production, there would be no fear of switching to eco-friendly methods that do not breed overproduction and waste.

As opposed to mollycoddling big businesses with billion euro tax breaks, there would be massive public investment in sustainable energy and research, and the implementation of a free, green and frequent public transport system would attract people away from car usage.

We cannot rely on capitalist politicians that declare a climate emergency but take no serious actions to end it. The climate crisis necessitates the end of capitalism and we need to build a movement for socialist change now – our planet cannot wait.