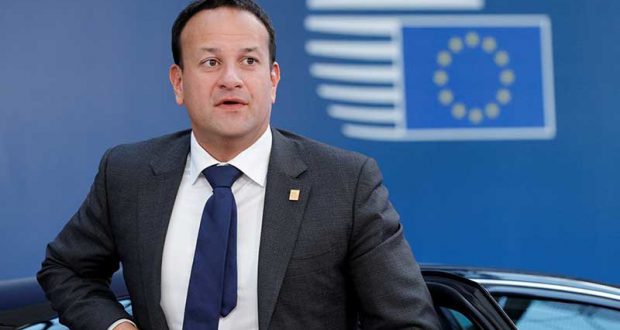 No-deal Brexit: Working-class people must not pay the price!

By Eddie McCabe and Cillian Gillespie

The prospect of a no-deal Brexit will bring enormous hardship for working-class people. Reports, including from the government, have indicated that anywhere from 40-100,000 job losses can be expected in the south of Ireland, impacting on industries such as agri-business, that are reliant on exports to Britain.

The roots of this crisis

The origins of this crisis lie in a fundamental clash between a Tory government, that is eager to pursue a “bargain basement” Brexit that will see an undermining of worker’s rights and environmental standards, and the European Union, that represents the interests of its various capitalist governments, including Ireland. The interests of working-class people will not be represented in whatever negotiations take place. The workers’ movement has a crucial role in ensuring a defence of the rights of working-class people in the outcome of a no-deal Brexit. The trade union movement in Ireland, North and South, linking up with the movement in Britain needs to organise co-ordinated action around an action programme, to ensure there is no race to the bottom in worker’s wages and conditions, job losses or a further imposition of austerity

No bailout for big business

At the end of August, the British Irish Chamber of Commerce argued that a fund of €1 billion should be set up by the government to provide state aid to those companies that our likely to be hit by the outcome of a no-deal Brexit. Naturally this is money is being asked for with no strings attached in terms of any guarantee of worker’s rights and environmental protection standards.  Some of these companies, such as those in the beef industry, are highly profitable as it is. A notable example are those owned by Larry Goodman. In 2018, his companies made profits of €170 million, of which they paid very little tax, and have assets of €3.45 billion. Working-class taxpayers should not bail out these companies in the same manner in which the banks were bailed out in 2008-2009.

The trade union movement should demand the books of all companies threatening job losses are opened, to see where there hidden profits are siphoned away. Instead of “corporate welfare” for Goodman and his ilk, all companies threatening job bosses, in agri-business for example, should be brought into public ownership, with compensation only paid on the basis of proven need. The struggle of Harland and Wolff workers is an inspiring example, and one that should be followed, with workers occupying their workplace, fighting for its nationalisation, in order to defend jobs and skills.

It is crucial that the trade union movement also seeks organise to fight any attempt by the government to impose a new austerity regime against the backdrop of the economic fallout from a no-deal Brexit. It is clear that the government are preparing a no-deal Brexit budget for October, which will mean a further rationing of resources as far as working people are concerned . Working-class people experienced such a regime in the aftermath of the last crisis, with devastating consequences, and since the beginning of this neoliberal recovery we’ve experienced a housing crisis and a continued starving of resources for essential services such as healthcare. The status of Ireland as a tax haven must be challenged, and the resources and wealth of society should instead be invested to meet our needs, such as the construction of public homes on public land, the creation of a national health service that is free at the point of use, and free, public, and quality childcare.

Capitalism is a crisis ridden system, politically, economically, and socially: the fallout from Brexit is a sharp example of this. We need to organise, not only to fight the effects of this crisis, but to ensure we build a socialist alternative, that means a radical break with this system, so that our needs and those of our environment our met.