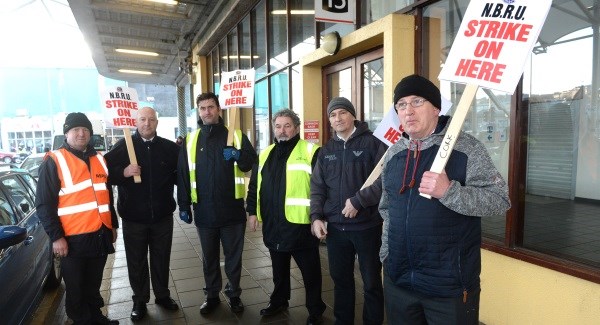 The biennial conference of the National Bus and Rail Union recently took place in Cork. We spoke to Bus Eireann Broadstone Garage representative on the union’s executive, Stephen Nugent, about what came up:

“The big issue around which members want to make a stand is on driver security. Within a matter of days after the conference there was another serious assault on a driver.”

“We support the call of the union for a policing service dedicated to public transport. But Bus Eireann is also way behind the private coach firms when it comes to safe handling of cash. The company say, that because of tendering rules, we could have to wait for years before we get the technology that ends a situation where we can be held up and made to hand over cash.

“The decision of Conference was that the next major incident warranted a withdrawal of services, but a push from below will be needed to make it happen. There is no need for concern about the [1990] Industrial Relations Act. This is about workplace health and safety.

“On pay a claim is being pursued by Dublin Bus members, but in Bus Eireann we’ve already rejected an offer from the company by a 72% margin. There is frustration that a clear plan is not yet in place to pursue our pay claim. The company are looking for us to accept a lower tier scale for new entrants which is totally unacceptable.”

“Doctor Tom O’Connor made a presentation to the delegates on climate change, which is an issue that the public transport unions have to major on. This is our opportunity to join an emerging struggle and put the case for an expansion of free public transport. I made the case for the union to back the 20 September school student global climate strike.”

“Finally the question of the union’s political strategy was again debated. I would say the view of head office is that they look at the recent opinion polls and view a Fianna Fáil led government as the only realistic alternative to what we have, and that they would be more amenable than Fine Gael. I think our position should be to support a left government, and therefore parties that have a clear position in line with the union on all the key issues I’ve just mentioned, and Fianna Fáil does not fit the bill.” 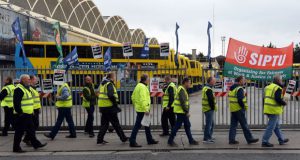 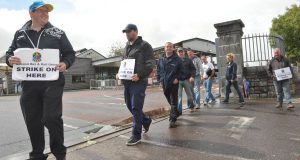