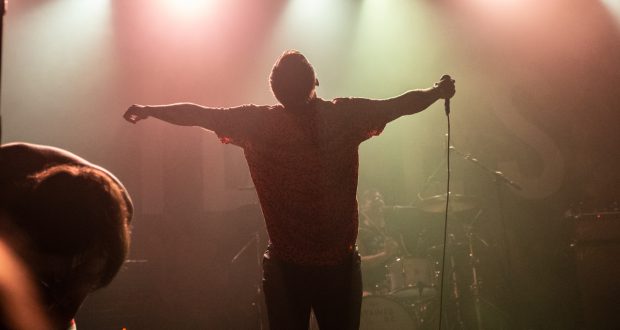 Is there a punk revival?

When you hear the word ‘punk’ some of the first images that may come to mind are mohawks, squats in London, fast and loud guitar chords, the Clash and so on. Punk is often associated with a certain anti-establishment sound and lifestyle in the late 70s and early 80s in England; of counter-cultural youth raging against the Thatcherite political project and an all that went along with it: alienation, racism and deindustrialision. Yet in more recent times there’s been a rise of bands speaking about the ethos of punk. Dublin group Fontaines DC, for example, see themselves continuing in this spirit – not necessarily strictly because of their sound, but tied-in with their feeling of playing and making music on their own terms – in an attempt to try to make sense of a confusing and alienating world. Similarly, Girl Band, one of the most electric bands to emerge this side of the Atlantic in decades, have an affinity with post-punk. In essence, these bands are playing music with an ambition to make sense of the world, and for the sake of artistic expression, rather than bending to the pressures of Culture Industries which churn out the usual and the same-old, same-old all in the pursuit of profit.

In the particular moment in history we find ourselves, there are a lot of people who are very scared. There’s a lot of collective anxiety, isolation, fear, anger, alienation. There’s a lot wrong in the world. In their performances, Bristol 5-piece, IDLES, play with this in mind. Although they state they’re not a punk band, they are certainly a continuation of that subversive, questioning energy – railing against narrow-mindedness which surrounded them when they were growing up. For them, Soul and Blues would have fallen into this category long, long ago before punk was ever established. During their shows there’s a shared respect from the crowd to IDLES for having the gall to challenge oppressive authority, toxic culture and rich boys – and from IDLES to the crowd for appreciating their cathartic offerings which has helped them overcome the roughest of spats.

The cultural importance of these bands is that they are constructively challenging widespread alienation and misguided anger which is stoked up and created in capitalist society with their platform as artists. For example, IDLES have proudly declared at their live performances that they “love each and every last immigrant”, they have proclaimed they are feminist and unequivocally opposed to sexual violence and toxic masculinity, and opposed to brutal Austerity which hits working-class people hardest. IDLES certainly reflect the positive impact that the global women’s movement have had on a layer of young men, illustrated in lyrics such as:”Men are afraid that women will laugh at them. Women are afraid that men will kill them” –  borrowed from Margaret Atwood, author of the Handmaids Tale. The rise of the global feminist movement has found an artistic expression in series such as the TV adaption of the Handmaids Tale, which obviously has had an impact on the consciousness on the most forward-thinking sections of Youth. Here we see IDLES expressing positive changes in consciousness which is reflective of the impact the new global feminist wave has had on a layer of young men.

In a world defined by a sense of uncertainty and wariness at the present and future, with economic instability and inequality widespread, these punk bands are a beacon of artistic light. Counterpose these bands to snake-oil salesmen such as Jordan Peterson, who unfortunately can be a reference point for many young, alienated men, who blame “Cultural Marxism” and Feminism for the woes of young men. Neither of these movements crashed the economy in 2008! The idea that Marxism and Feminism actively oppress men is unsubstantial and reactionary – in reality what drives male alienation and despair is the capitalist machine which breaks people’s spirits as it subjugates the majority to the rule of profit. The capitalist system also attempts to reproduce rigid gender roles and expectations – which has a completely corrosive impact on the psychology of young men.

Punk as a mirror

Punk bands can identify the root-causes of much misery in the world, and can shine a light on those responsible for it. Punk, although often not always consciously political, has the potential to act as a stepping stone to develop a more radical, anti-capitalist consciousness for young people.

Now, punk isn’t a panacea, but a punk revival can certainly have an important buffering effect against some of the reactionary ideas whipped up from the likes of Peterson to the extreme Far-Right, and at the very least mirrors positive dimensions and effects of various social and political struggles. Take, for example, the fact that Carlos from Fontaines DC has been regularly photographed with a Repeal jumper. Politics influences music. In various interviews, the Fontaines D.C spoken candidly about a Dublin which is becoming more unrecognizable and gentrified as hotels are erected across the Liberties and the City Centre. Musicians musing on a changing world often reflect where consciousness is at with youth and the alienated in society. It’s an interesting point that the Fontaines chose to call their debut album Dogrel, which is Irish working-class slang for poetry. That reflects a growing interest in historical working-class culture and identity which has been eroded by neo-liberal capitalism and its drive to gentrify Dublin.

Ultimately socialist politics is what’s needed to cut across the division that’s whipped up and stoked by capitalism and the far-right. But a punk revival could be an early, organic cultural response to the alienation which is experienced by so many – not just in terms of the bands themselves, but in terms of the audiences they attract. It’s objectively a good thing to see punk gigs full to the brim with rounds of applause given to bands such as IDLES who speak out against toxic masculinity, racism and division generally. It’s certainly positive to see IDLES and the new-wave of punk bands as taking off as role-models for alienated Youth, as it confirms that many young people are grappling with the world that they are living in and trying to make sense of it.