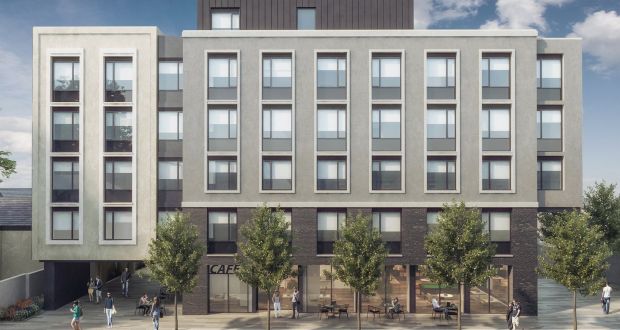 The decision over the summer by An Bord Pleanála to grant permission for 208 “Co-Living” accommodation units in Dun Laoghaire, marks a new low in government housing policy, while a new high in homeless figures was recorded. The two are intricately linked. The homeless crisis is big business – and developers are making a killing.

Bartra Capital is the €1.2bn-worth company behind the Co-Living development in Dun Laoghaire. Most people won’t have heard of Bartra; at first sight a relative newcomer on the residential construction scene. A quick google of the name however, and you discover that its CEO is none other than Richard Barrett who, alongside greed-merchant, Johnny Ronan, headed up Treasury Holdings, the major property developer that was bailed out by NAMA in 2012.  In fairness, Barrett has learned some lessons since the Celtic Tiger boom and crash. He’s innovated on the old shoebox apartment idea, and is rolling out Co-Living. The units in Dun Laoghaire are expected to go for €1,300 a month! For this, you will get a fold-out bed, and you will share your kitchen and living area with up to 40 other people! We can expect to see more of these planning applications coming in as the housing crisis continues to spiral out of control. Housing Minister Eoghan Murphy has described the concept as like “a very trendy” boutique hotel!

Instead of investing in social and affordable housing on public land, they came up with rapid build. This isn’t because the minister or the Government are inept or out-of-touch. It is because this government is a government that represents the interests of the capitalist market. But it would be the same if Fianna Fáil, Labour or the other mainstream parties were in power: they all accept the logic of this system, and none of them are prepared to take on the vested interests of landlords and developers.

End the rule of the market

To really resolve the housing crisis means to implement socialist policies – like seizing the land and resources of the big land-hoarders and developers, and using them to build public homes. In 2017 and 2018, Solidarity and the Socialist Party published ambitious plans to build thousands of homes on public land banks in Blanchardstown, Tallaght, and Cork. Projects like these, alongside rent controls which actually reduced rents to affordable levels, would mean real security of tenure for working-class people.