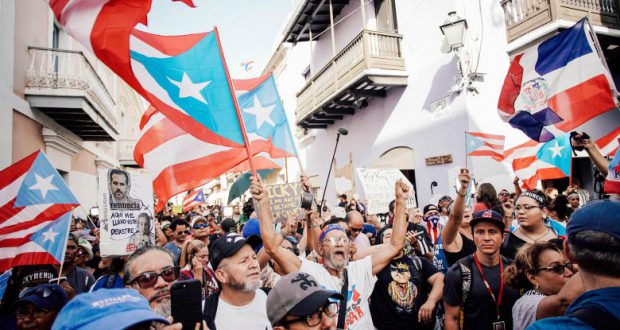 Solidarity with workers in Puerto Rico

Over the last number of weeks Puerto Rico has been engulfed by mass protests culminating in a general strike that saw the overthrow of the country’s governor Ricardo Rosselló. Below is the text of a leaflet distributed by our sister organisation Socialist Alternative that is translated from Spanish.

A political earthquake has hit Puerto Rico with several days of mounting massive protests demanding the resignation of corrupt, homophobe Governor Ricardo Rossello. This came after the publication of hundreds of incriminating text messages where Rossello and other top officials joked about murdering San Juan Mayor Carmen Yúlin Cruz in addition to homophobic jokes and jokes about dead bodies piling up after the hurricane Maria two years ago.

The political crisis has caused concern in U.S. ruling circles:  “Puerto Rico is in chaos, and some worry continued instability is a major threat,” warned the Washington Post on Friday (7/19/2019). The popular revolt is continuing with tens of thousands taking to the streets across the island for the past 10 days.

The island is in the midst of a devastating 13-year recession that has seen hundreds of thousands leave PR for the mainland. The government declared bankruptcy in 2017. According to a recent Harvard University study, 5,000 people died as a result of Hurricane Maria and hundreds of thousands continue to suffer from lack of basic necessities, including shelter. In comparison, the damage from the hurricane is estimated between $90 and $120 Billion. The U.S. government’s unelected Fiscal Oversight Board has continued the relentless cuts, privatizations of energy, schools and telecoms and austerity driving living standards to the dirt for millions. The statistics are shocking: more than 44% of workers and young people live in poverty.

The so-called recovery effort is a complete failure. Trump claims that the U.S. government “sent $92 billion” to the island. In reality, Washington approved $42 billion, and of that only $14 billion, was sent with most of it ending up in the pockets of the corrupt elite.

Before the recent scandal with Rossello’s texts, the government had been hit with another corruption scandal, which saw the arrest of six high-ranking officials who misdirected $15.5 million in federal funds to politically-connected contractors between 2017 and 2019. This was the trigger for the revolt on the streets for workers and young people against Rossello and his corrupt regime.

The Puerto Rican people should have the right to control their political and economic destiny, including the right to decide between real independence and full statehood without the manipulation and interference from Washington D.C. and Wall Street. More than 100 years of deeply exploitative colonial trade policies, currency and debt manipulation, and complex tax regulations designed to benefit U.S. industry and wealthy investors had left Puerto Rico at the mercy of Wall Street and the likes of the racist, anti-immigrant, anti-worker  regime of Donald Trump.

Puerto Rico’s status as a U.S. territory and commonwealth makes its legal circumstances unique. Its crisis and bankruptcy case is being monitored by big business in the U.S. as an example for other states and cities that are confronted with similar problems and preparing for implementing the same savage austerity as they are doing in Puerto Rico and internationally.

Working people are rising up to fight against Wall Street and the reactionary ideas of President Trump across the U.S. Socialist ideas are becoming popular among millions of young people who are looking for an alternative to capitalism. Millions of people in the U.S. have family links and roots in Puerto Rico. We need to organize together and we need a strategy to fight back to defeat austerity and for a socialist alternative. We need a strategy based on the recognition that the billionaire class will trample on our rights, living standards and the planet in pursuit of profit. Only the strength of working people in the US, Puerto Rico and internationally, organized and united can change the world and defeat the disaster of capitalism: 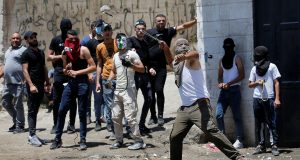 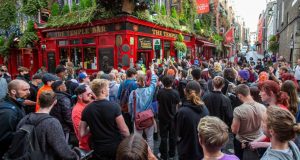