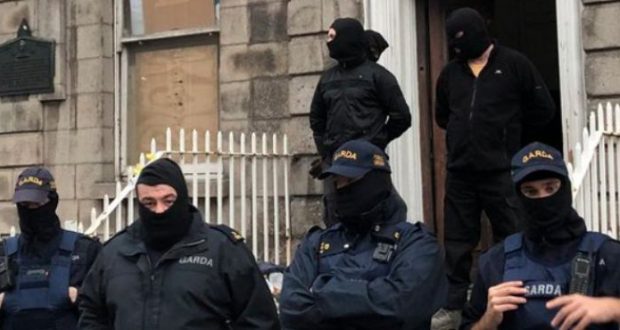 Democratic right to protest under attack

The Irish Council for Civil Liberties (ICCL) has released a report outlining “serious and urgent concerns” regarding the state’s attitude towards the democratic right to protest. After consultations with protest groups from across the country, the ICCL reports “severe misuse” of the Public Order Act by Gardai, in the form of arrests without charge, harassment of protesters and imposing limits on where people can protest, seemingly in order to punish and discourage such action.

Gardai adopt a “much more heavy handed” approach to protestors “living on the margins of society or protesting out of the media spotlight.” The ICCL details some alarming examples of such behaviour, including “activists living in Direct Provision (having to) deal with retribution…including the withholding of food and benefits for holding protests”. They also mention housing activists being “subject to degrading treatment, such as strip-searching”. Authorities at the heart of the state deciding which protests are acceptable and which are not is extremely problematic and threatens to make the idea of protest redundant. These moves to repress dissent seem to be part of a concerted effort by the state to prevent mass-mobilisation. Many recent advances for the working class, like the Repeal movement and the water charges battle, were won by working-class and young people organising from below. These developments highlighted the true power we have when we are organised. Predictably, this has led to a backlash from an establishment desperate to maintain societal control.

Gardaí have been willing and eager participants in this anti-democratic response. This became especially notable in September when they “teamed up” with masked private security to forcibly remove housing activists from peacefully occupying a vacant property in Dublin City. The image of balaclava-clad Gardaí using overt force against young activists, sending some to hospital, shocked many and appalled others. Socialists shared this outrage, but recognised such actions were not surprising. Socialist Party members, Paul Murphy TD, Mick Murphy and Kieran Mahon were the victims of political policing during the Jobstown Trial. Police choosing the side of landlords and the bosses over working-class people is to be entirely expected. The Gardaí and the apparatus of the state generally exist to protect and serve capitalism. Created to defend a system based on exploitation and oppression from any threat, it’s utterly predictable that they find themselves immersed in corruption and malpractice, with the disgusting smearing of whistle-blower Maurice McCabe a particularly stark example of this.

The police force we need

The Gardaí serve as the forceful arm of the state and, as such, represent the interests of the ruling class. This is why we call for a democratically controlled police force, based on elected committees and accountable to the working class. These committees would appoint and dismiss officers and be responsible for day-to-day police policy, while ensuring a genuinely independent complaints procedure. We also stand for the disbandment of the Special Branch, whose sole purpose is to engage in political policing. This system is incapable of delivering real justice and upholding our rights. That’s why we must build a socialist alternative to its rule.