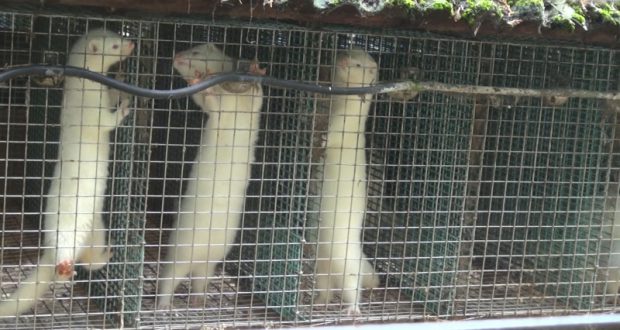 Fur farming is widely recognised a cruel and barbaric practice, with Veterinary Ireland recently joining the call for a ban on fur farming in Ireland. Fur farming is inherently cruel as it involves keeping wild animals such as mink in cages despite them being naturally solo hunters and semi-aquatic. Solidarity TDs and Socialist Party members will have a Bill before the Dáil in early July banning fur farming.

Capitalism will relentlessly exploit working people and our environment in pursuit of profit. While in Europe the fur industry has been in decline due to increased awareness of the reality of fur farming, it is still a profitable enterprise for the farms that exist. While we have the profit motive driving the economy, animal welfare will always come second to profit. Opinion polls show 80% support for a ban, yet the political establishment remain supportive of fur farming because a ban draws into question the cost of the profit motive in agriculture.

Fur farming should be ended, as should the fur trade. The Socialist Party stands for State investment in alternative industry for the three farms that still exist in Ireland. While there are limited numbers of workers in this industry, there still needs to be a strong guarantee from the State to develop alternative agriculture for those employed.

While opponents of a ban will say State investment in alternative industry is not possible, it has been revealed that the State has been subsiding fur farming. Údáras na Gaeltachta has given €200,000 over the past ten years to a Donegal fur farm.

The political establishment have had an inconsistent record on fur farming. In 2005 Fine Gael and Labour supported a ban, while Fianna Fáil opposed it. In 2009 fur farming was to be wound down and banned. This was reversed by the Labour/Fine Gael government in 2011 when this decision was reversed. There can be no faith placed in establishment political parties. Active campaigning pressure is needed to secure progression of a ban on fur farming and to end the profit-driven cruelty in aspects of agriculture.