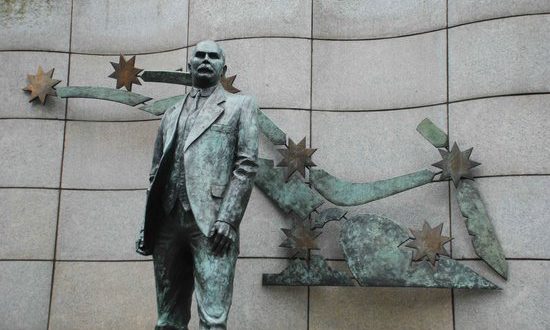 Workers and the Recovery: We want to live, not just exist!

Recent years of economic growth and an increase in employment rates constitutes the greatest part of the government’s claim of recovery. However, the ‘recovery’ in employment rates has not brought an end the cost of living crisis experienced by hundreds of thousands of workers.

A real workers’ recovery is needed that combats precarity, struggles for real pay rises, provides for decent and socially useful jobs and unshackles the trade union movement to deliver this. This can be done by actively organising workers from below.

Low-hour contracts, irregular hours, bogus self-employment arrangements and agency work together add up to an insecure dead-end situation predominately for young people and graduates but also in sectors where the majority of workers are women. ICTU’s last study in December 2017 suggested 160,000 workers experienced one of the various forms of precarity.

The real driving force for change in the workplace will come from organisation and struggle. However, our trade union movement in recent decades has been shackled by chains imposed externally and internally. The absence of a serious fight to defend jobs, pay and working conditions at the start of the crisis and the piecemeal approach to pay recovery in recent years has badly damaged the standing of the movement in the eyes of many workers. Consequently, it has created an obstacle for many young people in seeing the movement as relevant to them today.

That said, the membership of 600,000 and the resources of the trade union movement are a considerable force if mobilised.

No return to Social Partnership

Social Partnership in the Celtic Tiger era not only meant that the real potential improvements on pay, working conditions and investment in public services were not realised. It also meant that a generation of workers were deprived of the experience of real trade union activity and the opportunity of being trained as shop stewards with real power and influence in the workplace.

This together with the frequent use of civil injunctions has served to diminish the impact of strike action by workers over the last thirty years. Workers must be permitted to ballot rapidly and embark on effective actions that hit the employers where it hurts. This Act needs to be defied and turned into a dead letter.

The centenary of 1913 Lockout came and went and mandatory trade union recognition still has not been achieved as workers in Lloyds Pharmacy, Archaeologists and Paramedics in the course of the last year have all come up against the regime. Recognition should be legislated for but the Ryanair experience shows us that effective industrial action can force the bosses to recognise the union.

Transform our unions – revive the movement of Connolly and Larkin!

The approach of most of our trade union leadership have led us from one disaster to the next. A thorough democratic revolution within the trade union movement is needed so that the real fighters can rise into leadership positions. We need the election of all full time officials and the right to recall them; trade union official pay linked to the members they represent and restore power to the union at workplace level.

WHAT WE STAND FOR

A €15-an-hour minimum wage, no exemptions.

For pay equality and increase wages for all workers.