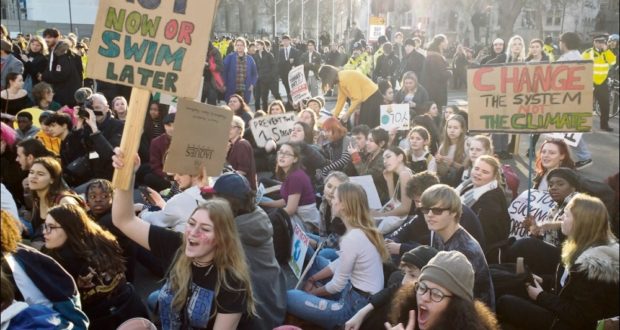 The System is Rigged! Build the socialist alternative to capitalist injustice!

l Globally 26 people own the equivalent amount of wealth as the poorest 3.8 billion, in 2017 the richest 1% of the population hoarded 82% of all wealth created globally

l We have a two tier health system, children are waiting over a year for vital CT scans and 100,000 on trolleys. Those who can, buy themselves or their children off waiting lists

l Over 10,000 homeless, whilst Ireland’s richest 8 billionaires have clocked up a combined wealth of €34.2 billion.

The system is not broken, it is rigged against ordinary people and works only in the interests of the super wealthy and those who represent them. The pursuit of profit is prioritised above the needs of people and the planet. But it doesn’t have to be this way. Join the Socialists and help build a working class movement that fights for a socialist alternative.

The struggle is real!

Most people are struggling. Even when we work it’s a constant battle to cover astronomical housing/rent costs, childcare and living expenses. Almost a quarter of people living in Ireland at risk of poverty (TASC). Socialist Party members are part of Solidarity and are standing in the Local Election because we need working class fighters on the councils who will build a movement of workers and young people.

Our demands most moderate are…

There are explosions of struggle from below — school students demanding system change not climate change; movements against sexism and oppression internationally; Brazil this week has seen the largest mobilisations yet against the right wing sexist and racist Bolsonaro; in Sudan and Algeria hundreds of thousands have participated in general strikes and mass protests in truly inspiring displays of the power if the working class and poor to try take down corrupt and brutal regimes.

We stand in solidarity with paramedics fighting for union recognition in NASRA – their fighting spirit shows the way forward for the trade union movement. The anti water charges and Repeal movements give a taste of what active struggle can achieve, but victories won under capitalism can always be clawed back.

A a stark reminder is the almost blanket ban on abortion (connected to prisons sentences that can range between 10-99 years) in Alabama. This year alone, 28 of the 50 US states have introduced more than 300 new rules to limit abortion.

We only want the Earth!

From war, famine and poverty to climate change, sexism and racism, capitalism thrives on and perpetuates division and inequality. It squeezes a profit from every aspect of existence.

The only antidote is to take the world’s vast wealth and resources out of the hands of the 1%. We need democratic public ownership of the key levers of the economy, the banks and major corporations so they can be planned in interests of people and planet. In the words of the incomparable socialist James Connolly “Our demands most moderate are – We only want the Earth!”