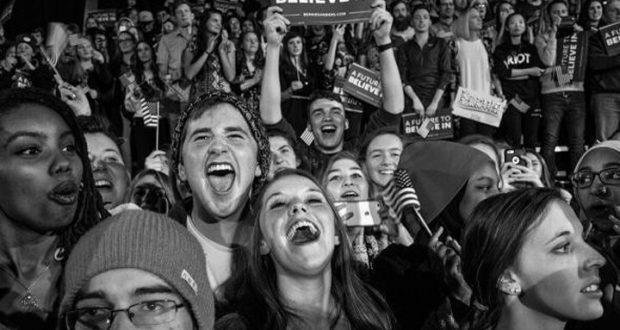 By Kailyn Nicholson- member of Socialist Alternative, sister organisation of the Socialist Party in the US

The candidacy of Bernie Sanders in the US Presidential election is garnering is once garnering enormous support amongst working class and young people. His platform of $15 an hour, universal Health Care, taxing the rich and ending corporate welfare, and the need for a “political revolution against the billionaire class” has clearly struck a chord as US society increasingly shifts to the left. In the past year this shift has been shown by the growing number of strikes and labour unrest, and polls that show an increasing support for the idea of socialism and opposition to capitalism, particularly amongst young people. This growing ferment will find an expression in the contest for who will become the Democratic nominee in the much anticipated 2020 Presidential election, with many looking to end the rule of the Trump regime.

Despite declaring late in April, former Vice President Joe Biden has generally led the field of likely candidates and has widespread support among the corporate backed powerbrokers that control the Democratic Party . However, getting the nod from the party establishment is not the golden ticket it once was. High-end fundraisers filled with corporate executives and wealthy celebrities may make for impressive fundraising numbers, but they stand in stark contrast to the growing anti-establishment mood and support for grassroots-funded campaigns.

Biden’s track record makes him both an automatic front-runner for the establishment and also a poorly positioned candidate to win over Sanders’ supporters. There is growing understanding that Sanders is likely the strongest candidate to beat Trump. His record includes enthusiastic support for mass incarceration, the Iraq War, and the disgraceful treatment of Anita Hill during her testimony about now Supreme Court Justice Clarence Thomas’ sexual harassment.

While Democratic leaders like Nancy Pelosi try to downplay support for Bernie’s politics, it’s clear they recognize him as a major threat. In a recent article titled “Stop Sanders Democrats are Agonizing Over His Momentum,” the New York Times noted that top funders and party officials are holding meetings around the country to discuss how to prevent Sanders “complicating their efforts to unseat Trump”, despite many polls that show Sanders would likely beat Trump in a head-to-head race. Sanders’ recent Fox News Town Hall in Pennsylvania steel country proved beyond doubt that his pro-worker, anti-billionaire message resonates with ordinary working class voters, including many workers who voted for Trump. If the Democratic leadership’s first priority were really to defeat Trump, Sanders would be their obvious favourite. If their priority were to reflect the views of their base, who overwhelmingly support taxing the rich and winning Medicare for All, Sanders would again be the clear choice. But their priority is to defend the interests of US capitalism. Threats of Sanders “splitting the party” don’t make sense in relation to the party base, but are more a reflection of how unacceptable he is to its corporate funders- the very billionaire class he calls for a political revolution against. To take one example, Medicare for All represents a full frontal assault on the $3 trillion for-profit health care industry. A Sanders’ presidency would destabilize U.S. capitalism and give powerful encouragement to working-class struggle in the U.S. and globally.

Sanders himself does not seek to end capitalism but seeks to reform it. Nevertheless, achieving his programme requires building a mass movement against corporate America and the entire capitalist political establishment. If elected president, he would find himself under assault from big business, with the leadership of his chosen party working against him, and without an organized mass grassroots force to back him up. Overcoming this will require an organized political force, which is why we have consistently called on Sanders to use his campaign to build a new party that fights 100% on the side of working people. Such a party should link Sanders important demands with a broader anti-capitalist and socialist programme that would mobilise the working class people to seize the wealth and resources of society from the private ownership and control of big business and Wall Street.

Sanders has not used his campaigns or elected office to build ongoing grassroots movements or a mass grassroots organization to counter the establishment’s power. He also stops short of drawing the full conclusions from the directly hostile role the establishment of the Democratic Party plays in relation to working-class interests. Before Bernie launched his campaign, Socialist Alternative argued for him to run as and independent, as we did in 2015. Despite our disagreement with Sanders’ decision to run on the Democratic Party ticket, Socialist Alternative will energetically campaign for him to win, while raising our proposals to strengthen the campaign. But if the Democratic Party establishment continues to move to block Sanders in the primary, he should not simply accept this outcome as he did in 2016, but instead take immediate steps to launch a new party for working class people that fights to break with the rule of the two parties of capitalist America. 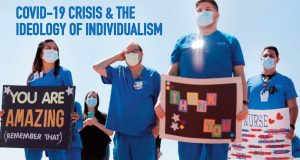