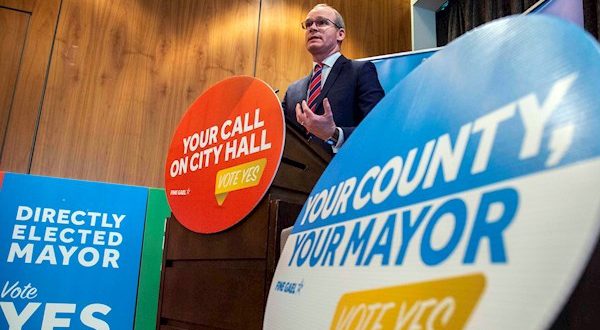 Solidarity and the Socialist Party this morning called for a NO vote in the upcoming plebiscite on whether to support the creation of a directly elected Lord Mayor position for Cork city.

The call came as Taoiseach Leo Varadkar travels to the city for a Cabinet meeting and to promote the call for a YES vote in the plebiscite. Solidarity said that more democracy at local level is sorely needed, but the proposal for a Lord Mayor with wages €130,000 plus expenses does not deal with the real democratic deficit in City Hall.

Solidarity said that if the Government really wanted to enhance local democracy they could return bin services and water services to the Council with genuine democratic control and boost Council funding to allow for a big increase in local authority housebuilding and housing maintenance programmes.

Solidarity argued that an elected mayor is likely to end up taking more powers away from democratically elected councillors than he or she would from an unelected Council chief executive.

And the party launched a scathing attack on the proposed wage of €130,000 a year plus expenses for a new Mayor’s position.

Solidarity candidate in the city’s North East Ward and Socialist Party member Carol Brogan said: “The same people who have stripped local authorities of power over water, bins and Housing maintenance are the people who are promoting the Mayor proposal.

They want an executive who will run an expanded city in the interests of the corporate and political elites. We, on the other hand, want a Council which will deliver for working people. The best way to do this is to reverse the privatisations, provide proper funding for Councils, forget the gimmicks and give real powers back to councillors.”

Fiona Ryan said: “Its clear Leo Varadkar is in Cork primarily to promote this Lord Mayor gimmick. While he’s here, he might comment on some real crises his government is neglecting- for example the dangerous conditions in the CUH or the explosion of homelessness in our city.”