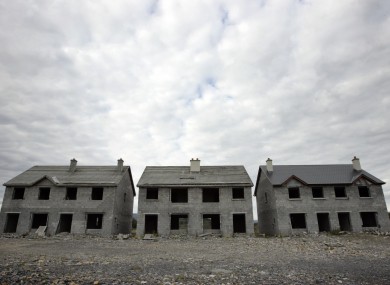 Housing crisis: An indictment of the capitalist market

The housing crisis is one of the greatest indictments of this government, and indeed of the capitalist market they represent.

In February the official homelessness figures crossed 10,000, despite increasingly desperate attempts by the government to use creative accounting tricks to remove categories that would previously have been included from the official stats. The March figures saw a further increase, with 3,821 of those acknowledged as homeless being children. This is merely the sharpest end of a much broader crisis.

Half a million people suffer from distress on a daily basis. Tens of thousands have been forced to move back home with their families or couch-surf. For many today, not only are they unable to buy their own home, they are increasingly unable to rent.

As the crisis has worsened over recent years, the refrain from the establishment has been that this was a simple supply issue that would be resolved by the market. However, as is often the case, this has not been the case, with vulture funds and big construction firms sitting on landbanks bought for bargain basement prices from Nama. The Socialist Party supports this horded land being taken into public ownership without compensation.

The bill moved by Solidarity, which succeeded in getting passed at second stage in the Dail banning sale as grounds for eviction, is currently being refused a money message by the government – their preferred method of trying to prevent legislation they disapprove of from being implemented in the current minority government arrangement they find themselves in. It is no surprise they are acting in this way.

36% of Fine Gael and 33% of Fianna Fail TD’s are landlords, and all of them are loyal to the logic of the market system that has proved incapable of alleviating the crisis. They are unwilling to implement the minimal demand of controlled rents that are reduced to levels that are affordable. They certainly will not be in favour of banning vulture and cuckoo funds and evictions into homelessness.

There is a need to build mass movements to fight for public housing on public land, glimpses of which were seen in the Take Back the City protests in Dublin and the campaign that defeated the attempted mass eviction by vulture fund Lugus Capital at Leeside Apartments in Cork to tackle this issue.

The catastrophe that is the private rental sector in Ireland caters to those who can to look to escape by buying their own home, but this too is increasingly out of reach for many.

of Chartered Surveyors of Ireland found that around half of the cost of house building were profit, land and tax related. The construction industry should be nationalised under democratic working class control so that homes are built at cost price, the same must happen to the banks so that mortgages can be reduced down.

We need a programme of building public housing on public land. This would be a real programme of affordable housing in contrast with the governments model which would envision “affordable” housing well in excess of €300,000.

A reversal of the decades-long campaign of denigration and neglect of social housing is also needed, with both an expansion of building, and a widening of the criteria to allow for people from throughout the working class to apply for them.