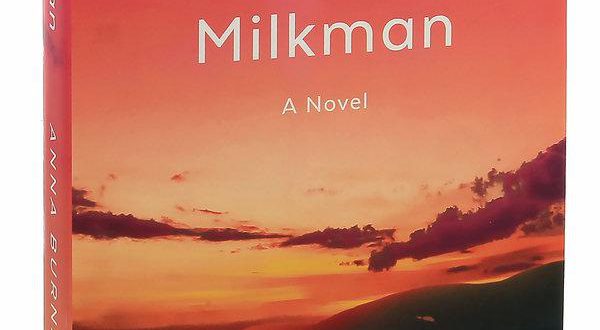 Whilst a somewhat difficult read Milkman is entirely deserving of its recent praise, including winning the prestigious Man Booker Prize. The protagonist, an 18-year-old book worm, tells her story from an unnamed town, though to anyone familiar with the geography of North Belfast (from where Burns is from), it is clear the story is based in 1970s Ardoyne at the height of the troubles.

Despite its historical context, Milkman is also a novel for the modern day. With gripping descriptions of sectarian violence, paramilitary macho culture, gas-lighting (emotional abuse where a person is tricked into question their thoughts, memories ect) and sectarian polarisation, the book holds relevance and lessons for today in the #MeToo era, and with northern Irish society still in a sectarian headlock.

Burns’ description of how a sectarian society operates is exceptionally accurate. Her description of how normal everyday things – newspapers, bars and even cars – are considered as ‘us’ or ‘them’ with dangerous consequences if you dare to engage with something from ‘over the water’, or even more dangerous, from ‘over the road’, holds relevance today with certain sports, bars and areas unwelcome to those from the ‘wrong community’.

The plot is given away in the book’s first sentence: “The day Somebody McSomebody put a gun to my breast and called me a cat and threatened to shoot me was the same day the milkman died.” Yet it takes the entire book to understand what is laid out in this introduction.

Burns perfectly encapsulates the life of a slightly-odd, tragic and comic “middle-sister” growing up during the Troubles with an obsession with 19th Century novels. In her words, “I did not like twentieth-century books, because I did not like the twentieth century”, which is understandable given the traumatic world in which she’s grown up and been shaped. This is a young woman who’s father died after a long fight with depression, revealing on his death bed his rape by his elder brother, and whose mother has had to raise an untold number of children (although seemingly a lot of them), causing her to become hardened and obsessed with the marrying off of her now 18-year-old daughter.

This alone would be enough to push one to insanity, but considering its coupling with growing up in a flashpoint of a civil war in which she lost two brothers, it isn’t surprising that she becomes obsessed with novels from a ‘simpler time’, and running. Thus, when Milkman, an established paramilitary, walks into her life and disturbs these methods of escapism, life becomes particularly grim for middle-sister.

The novel begins by the stalking and harassment of middle-sister by said Milkman, who appears unannounced, knowing untold information about her family, her evening French classes, and even her (up to this point) well hidden “maybe-boyfriend”. She makes it instantly clear to the reader that this is not a welcome encounter, but more importantly – that she does not possess the articulation with which to deal with him: “At the time, age eighteen, having been brought up in a hair-trigger society where the ground rules were – if not physically violent touch was being laid upon you, and no outright verbal insults were being levelled at you, and no taunting looks in the vicinity either, then nothing was happening, so how could you be under attack from something that wasn’t there?”

This is a young woman growing up in the context of paramilitarism, where violence and so-called ‘machoism’ were encouraged and celebrated, where she is being educated by the church and a culture of shame. Her lack of sex education and her extreme sexual repression become obvious when she can’t even bring herself to say the word ‘vagina’, preferring to use the phrase ‘monosyllable’ and talk of sex with maybe- boyfriend is clouded by vagueness and awkwardness.

Thus, middle-sister is extremely unequipped to deal with a potential sexual predator. Significant as well is the judgement of the community around her for her involvement with a married paramilitary. All, including her mother, assume she has wilfully become his mistress, which mother points out is even stupider than marrying a paramilitary – still hoping to hear wedding bells for her middle daughter. Her community gas light her into questions of her tempting of Milkman, and what personal responsibility she holds for his stalking of her. The toxic sexism in this society is powerfully mapped out and adroitly explained, with many Northern Irish readers I’m sure reminded of the macho culture in which they were raised.

Even through what can only be considered as the darkest of times, middle-sister never fails to exercise her wit and observing and critical eye for the society around her. Even whilst being stalked by a professional (Milkman) and an amateur (Somebody McSomebody) she finds time to comment on the hilarity of the society around her. She is typical of a child raised during the troubles – hardened, vulnerable and controlled, yet containing a remarkable sense of humour. It is a perfect example of the ‘laugh or you’ll cry’ mentality. The book brings outs the reality of paramilitarism and sexism in our society.