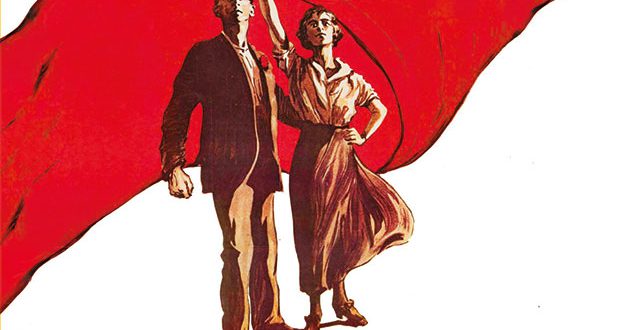 “Ireland must ready itself for when Europe may be run by councils of soldiers, workers and peasants.” These were the words of Eamon De Valera in April 1919, the month of the Limerick Soviet.

The events surrounding the Limerick Soviet and those in Ireland generally were enormously impacted by the global upheaval in the period after the Russian Revolution.

The First World War has brought an unprecedented level of suffering to working class people with millions of soldiers being slaughtered on the Western and Eastern front and a corresponding and drastic decline in living standards at home. The disease ridden and rat infested nature of the trenches resulted in the demobilised soldiers spreading a new flu epidemic in 1918-1919 that was to cost the lives of 15 million people globally.

The war was the by-product of the international system of capitalism where different imperialist powers sought to gain conquest and control over the world market in order to exploit it for profit. This same system that had created the basis for a global war now had, after four years of barbarity and suffering, created the material conditions for global revolution and the victory of socialism on our planet.

The inspiring example of the Russian Revolution in October 1917, where the working class allied with the peasantry seized state power and abolished the rule of landlordism and capitalism, acted as a crucial spark for a wave of revolutionary events in Europe and further afield. Soviets, or Workers Councils, had been the democratic organs of the working class self-organisation that had had taken power after the revolution. These were bodies made up of workers, peasant and soldier delegates that were elected from the factories, workplaces and villages across the old Russian Tsarist State every six months and were subject to re-call at all times.

Key to the success of the Soviets taking power was the existence of a revolutionary party in the form of the Bolsheviks that had deep roots amongst the working class and was organised around a programme that refused to compromise with the system of capitalism and the horrors it brought. The Bolsheviks fought on the programme of “Peace, Bread and Land”, workers control of industry, nationalisation of the banks and the key industries that dominated the economy and the right of oppressed nationalities to self-determination and linked these demands to “All power to the Soviets”.

Beginning in the Germany in November 1918, a revolutionary movement convulsed the European continent. This was to end the rule the old monarchical regimes such as those in Germany itself and in the Austro-Hungarian Empire and brought an end to the First World War as a result of mutinies and revolutionary strike action by workers. The rule of capitalism hung in the balance.

In early 1919, both Belfast and Glasgow were paralysed by general strikes with workers taking over the running of these respective cities for over a month. Similar strikes and movements impacted on cities as diverse as Seattle, Barcelona and Zurich during that year. The impact of the Bolsheviks anti-imperialist programme was felt in the countries of the colonial world, with revolts and strike movements taking place in Egypt and China.

Necessity of a revolutionary party

In March 1919, the Communist International was founded in Moscow to bring together to newly established Communist Parties with the aim of building a “world party of socialist revolution”. The absence of such a revolutionary party with an experienced membership and base amongst the working class tragically cut across the revolutionary movements of the period following the First World War. Tragically, the main parties that held sway amongst the masses were the reformist organisations that only sought to reform capitalism rather than abolish it. Their criminal actions ultimately rescued capitalism from the threat it faced in this period.

A crucial lesson of this period is that the conditions of capitalism make working class revolution inevitable. Such a revolution will only carried through to a successful conclusion if there exists a mass party based on the revolutionary ideas of socialism.