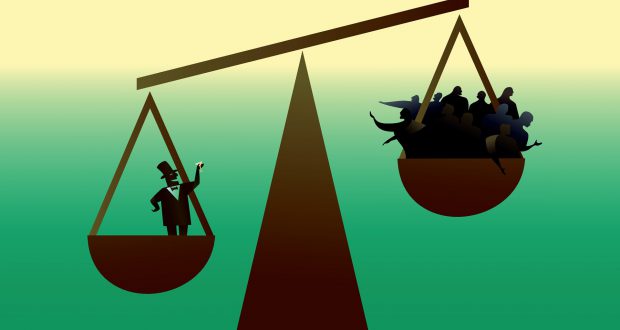 Shining a light on the rigged capitalist economy

The State We Are In: Inequality in Ireland Today, a report recently published by TASC, an economic think-tank, has shone a spotlight on the appalling levels of inequality that exist in Ireland today. These inequalities are a direct result of the capitalist system we are currently living under.

In an age of precarity, when workers’ labour is undervalued, and exploited for the benefit of the bosses, inequality is certain to run rampant. In a study done by The Irish Congress of Trade Unions (ICTU), ‘Insecure and Uncertain: Precarious Work in the Republic of Ireland and Northern Ireland’, it was found that “over 1 in 2 or approximately 70,500 workers in 2016 said they were in temporary employment because they could not find permanent work”.

The TASC report states that Ireland has a “comparatively employer-friendly labour market”. Capitalism is a system that is and always has been rigged against the worker. Ireland’s “employer-friendly market” has been created through practices such as temporary employment, bogus self-employment and zero-hour contracts – all of which benefit the bosses while further entrenching inequality in our society.

Dr Robert Sweeney states in the report that “inequality tends to be driven by the gains of the upper classes and the rich at the expense of the working class and the poor”. The main drive of capitalism is profit, not the improvement of people’s lives. That is why capitalism is hopelessly rigged against the majority of the population.