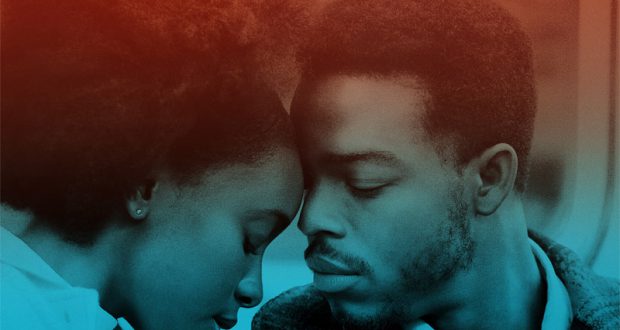 If Beale Street Could Talk is based on James Baldwin’s 1974 novel of the same name. The film is set in New York City in the early 1970s and centres around 19-year-old Tish Rivers and 22-year-old Fonny Hunt. The two have been friends since they were young children and their friendship evolves into a romantic relationship as they become older. The 1970s saw the start of the post-civil rights movement and signified the beginning of a new era for African-Americans. However, in the midst of a decade that saw important gains being made through the active struggle of this movement, the discrimination and oppression faced by African-Americans were still very much alive.

Tish and Fonny struggle to find somewhere to live in New York as landlords constantly turn down their offers. During this time, it was common for landlords to refuse to rent their apartments to black people. After a long struggle, the couple come across a derelict warehouse that is set to be converted into loft apartments. Despite their race, a Jewish landlord who admires couples in love decides to rent it to them.

At the beginning of the film, we become aware that Fonny was arrested and awaits trial for a rape he did not commit. Tish, who is pregnant with Fonny’s child, focuses on trying to prove that he is innocent. On the night of the incident, a police officer claims to distinctly remember seeing Fonny taking off from the scene. The officer’s testimony underpins the whole case against Fonny despite his credible alibi. The theme of love is the main focus, which is present right from the beginning. The film portrays an entangled web of love and injustice. Love is depicted as something both fragile and powerful. Throughout the film, the mood veers from happy to sad, and sad to happy. The storytelling is intriguing, with its non-linear structure.

There are noticeably strong female characters in this film, particularly Tish’s mother and sister who will stop at nothing to defend and protect her. When a nervous Tish reveals that she is pregnant, her family respond with love and a call for celebration. Tish, who appears apologetic and ashamed, is told “Unbow your head” by her older sister.

Later, when Tish and her family invite Fonny’s parents and sisters over to announce Tish’s pregnancy, the mood grows increasingly chaotic. Fonny’s mother, who is a religious fanatic, strongly disapproves of the pregnancy and relationship. Tensions rise as arguments become fuelled by bitterness and anger.

The couple’s emotional hardship is particularly felt when Tish visits Fonny in prison. Their once youthful energy has become exhausted by the injustice of the criminal justice system. The time spent in each other’s company once had a strangely transfixing, sunny disposition. Now, it has lost its breezy, love-struck quality as their struggles are laid bare.

The cinematography is highly polished and stylised, with blissful sunset vibes of the young couple gleefully strolling on the streets after finding a place to live. There are also historical and factual inserts in black and white, which provide stark contrast to the warm, honeycomb filter of the film. The languid production and slow-moving scenes of Fonny, an aspiring abstract sculptor, working on his art are a joy to behold. The pristine production goes perfectly with the expansive film score composed by Nicholas Britell which is an engrossing collection of multi-layered textures and slow-burning sounds. The recurring musical theme introduced at the beginning of the film has uplifting powers and a hazy, jazzy resonance. The textured arrangements create a soundscape that is immediate and arresting.

The scope of Tish’s family’s efforts to prove Fonny’s innocence is staggering. Tish’s and Fonny’s fathers work together to steal and sell goods to pay fo legal expenses, while Tish’s mother Sharon tries to track down Victoria, the victim of the rape. After learning that Victoria returned home, Sharon travels to Puerto Rico to desperately convince her to change her testimony.

In a flashback scene leading up to the rape, Tish is harassed by a white man in a grocery store. When Fonny forcibly pushes the man out of the store, a policeman tries to arrest him. The atmosphere becomes heightened when Tish tries to stand up for Fonny. The policeman’s racist tone starts to seep in and quickly creeps under your skin. A sense of menace and unease looms as the officer, already feeling provoked, is insistently told by the shopkeeper that the two are innocent. This dark and sinister encounter with the law highlights the racial discord that was rampant in America and still exists today.

In exploring racial anxieties and discrimination, this film highlights issues that continue to exist in capitalist America. When watching this film, you cannot help but expect that the couple will be the subject of discrimination and experience hostility. Tish, who narrates the film, expresses her discontent with the system: “The game has been rigged and the courts see it through”. James Baldwin, who was a civil rights activist, was especially interested in socialism and hoped that it would one day take shape. While the narrative is not overtly political, the film shows again and again the resilience of love against the backdrop of discrimination and oppression. It is a warm accomplishment and gives the viewer much to chew on.