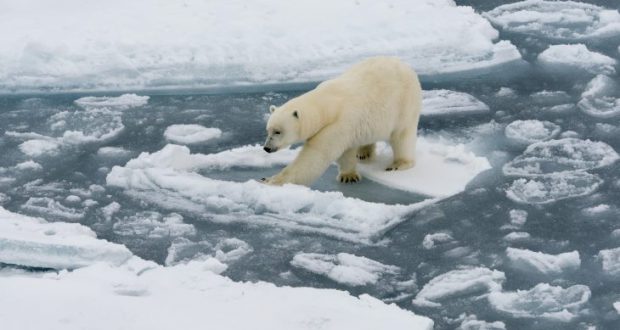 Climate change: Why capitalism is the problem

“Climate over Capitalism!” was the call of hundreds of school students in Manchester, protesting for effective measures to tackle climate change. This call is echoed throughout Europe in a myriad of school student protests in the past number of months writes Megan Oglesby.

The movement was sparked by Greta Thunburg, a Swedish 16-year-old who began the first school-student protest outside of a Swedish Parliament building in August 2018. Since then, over 10,000 school students in Scotland and Cornwall joined the strike, as well as students from Paris, Berlin and Ghent, and a small number of protesters have begun to appear in Dublin also. As well as this, up to 70,000 school students will be holding protests in 270, towns cities and villages across Europe every week until 15 March, the day of international school-student strike action and protest.

This wave of protest is an amazing step forward for the climate change movement. These school students have identified the need for more systematic change than the hyper-individualised rhetoric of “reduce, reuse, recycle”. They appear to recognise the fact that meetings of the elite in the form of climate summits have done nothing but create abstract targets for lowering pollution levels by country or by company, which never appear to come to fruition in reality

Thunburg has stated “If solutions within this system are so impossible to find then maybe we should change the system itself”. But why are solutions so hard to find within the capitalist system? The answer is that climate change and capitalism are inherently linked. If this movement can be linked to the collective power of the working class it can be a powerful force on our planet.

Leading researchers have identified a shift in the world’s climate, from the period in which all of humanity has evolved and flourished, the Holocene, to a new period of rising global temperatures and changes in climate which are controlled by human action, the Anthropocene. Many of these academics believe that we took the final and decisive step into the Anthropocene during the Industrial Revolution – or the first days of capitalism. Certainly, this is due to the fact that, in early capitalist society, very little regard was given to workers, and the environment alike; both were exploited to make a profit and little explanation was required to justify this.

The motive for profit is still the driving force for the capitalist economy and ruling classes today. However, governments and many companies now have to hide behind the pretence of being environmentally friendly when, in fact, they are far from it. Seventy one percent of greenhouse gasses are produced by just 100 companies, yet these companies have a right to exist and profit under the capitalist system regardless of the irreparable damage they are doing to the planet. As Thunberg states, “Our civilisation is being sacrificed for the opportunity of a very small number of people to continue to make enormous amounts of money…. It is the sufferings of the many which pay for the luxuries of the few”.

Because capitalism protects its own interests above all else, no solution to climate change will be found within this system. It is why establishment politicians and members of the capitalist class do not point to the handful of companies which are contributing most to the quickly worsening conditions of the environment, but instead point to ineffective individualised solutions like telling people to buy electric cars, which the majority of people cannot afford, or reduce, reuse and recycle – which ultimately doesn’t stop the environmentally unfriendly product from being produced in the first place. This is in order to relinquish themselves of their own responsibility, and to protect their profit-driven interests. In Ireland, the government would rather give major tax-breaks to companies like Apple, worth €19 billion, than invest this wealth into a free, publicly owned transport system.

This is the system and establishment that the school student protesters are challenging.

One concern workers justifiably have is that if companies or industries that are badly affecting the environment are taxed more heavily, nationalised or even just challenged, jobs would be lost en-masse, akin to Thatcher’s treatment of the miners in the 1980s. Under capitalism, which cares just as much about its workers as it does about climate change, this is very possible. This is why the solution to climate change must be both anti-capitalist and socialist.

Under a socialist, democratically planned and publicly owned economy, the profit motive would be replaced by a motive to fulfil human and environmental need. We would be able to use the resources from corporations, as well as the means of production from newly nationalised and democratically worker-controlled industries, to invest in pre-existing research to create environmentally friendly products and industry.

As well as this, workers’ rights would be respected, meaning that environmentally unfriendly industries would be gradually phased out, as workers can be up-skilled or retrained and repositioned in a workplace that is environmentally suitable.

Climate change and capitalism are both global problems. Therefore, the solution cannot be national, it too must be international. This is why we need to build an international socialist movement to end the rule of this system uniting all working class and young peope in a struggle for the future of our planet.