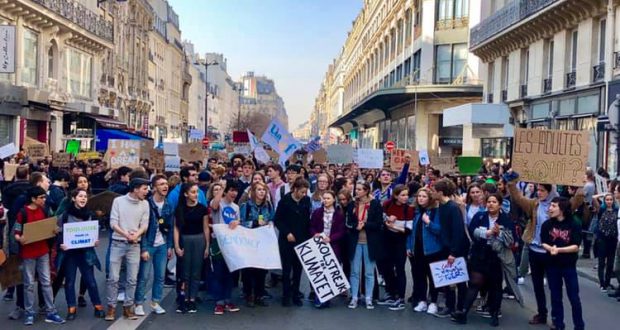 We’ve all heard it before – on the 25 May 2018 over 1.4 million people voted in support  of the pregnant person’s right to choose. Over the next year, this figure of 66.4% would be exhausted in the media; a celebration of the landslide victory achieved by activists in the Yes campaign. This included people without voting privileges – though they wouldn’t be filling in RFA forms for years to come, school students shared pro-choice posts on social media and even hit the streets to make a case for bodily autonomy.

Nowhere is the powerful role of school students in mobilising change more clear than in the current climate crisis. As governments give the public the illusion of making transformative change through plastic straw bans and withdrawals from international attempts to mitigate global warming, 16 year old Greta Thunberg sparked the movement #schoolstrike4climate.

In August 2018, Thunberg striked from school in response to the Swedish Government’s inaction regarding the environmental emergency, pointing out that climate destruction is linked to the need to “change the system itself”. She is supported by statistics – the 2017 Carbon Majors Report revealed that 100 companies accounted for over 70% of global industrial greenhouse gas emissions since 1988. This shows how capitalism and climate change are absolutely linked.

Every Friday, Greta Thunberg is one of thousands of children and teenagers to partake in international walkouts against climate injustice. She questions “the point of learning facts when the most important facts given by the finest scientists are ignored by our politicians”. In particular, the 15 March 2019 marked a series of student-led lunchtime protests outside the Dáil in Dublin and myriad locations globally.

The mobilisation of young people to make social change through protests against matters including irreversible damage to our planet, gender inequality and the housing crisis can be truly revolutionary. School student strikes against climate change are a manifestation that young people are not willing to accept the world that our capitalist rulers have given us. They are beginning to see that we must challenge the system itself.

Yes, small lifestyle changes such as reducing meat consumption and switching off the lights as you leave a room can make a small difference in the mitigation of climate change. But what is absolutely crucial is that we have an active struggle of young people and workers, including the use of strike action to end the rule of the billionaire class and capitalism that is destroying out planet for profits. Right now, our futures do not lie in our hands, but a struggle for international socialism can change this.