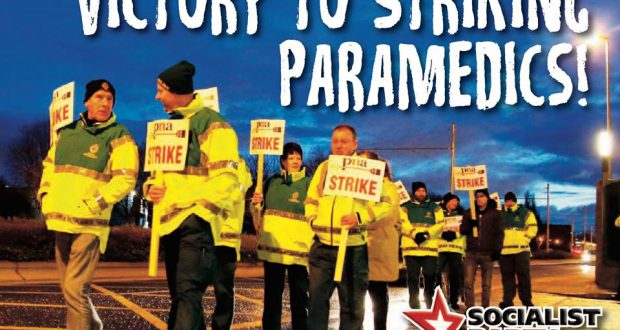 NASRA and the PNA are the union of choice for a very substantial bloc of ambulance workers. Some 1,800 people
work in the national ambulance service, 600 of these workers want to be represented by NASRA. However, the Government and the HSE refuse to recognise this union.

The Government and the HSE do not want to be put under pressure to deal with the underfunding of the ambulance
service. The consequence is chronic overwork of ambulance staff. The national ambulance service is currently underresourced to the point of approximately 600 staff and 300 ambulances at a minimum.

Instead of confronting the issue, the Government prefers to overstretch ambulance staff, with pressure, threats and
suspensions from National Ambulance Service management being used to whip the service into shape.

According to the 2016 National Ambulance Service staff survey carried out by Ipsos-MRBI on behalf of the service,
48% of staff members had experienced bullying or harassment in the organisation in the previous two years.
Every worker in the service knows that a greatly disproportionate amount of that bullying and harassment
came from management.

On 28 January, members of SIPTU refused to pass pickets placed by their NASRA ambulance service colleagues. The
stance of these rank-and-file SIPTU ambulance staff should set the template for the entire trade union movement in
supporting this important fight for union recognition.