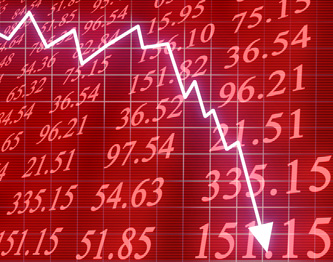 The longest ever rising stock market in history came to a dramatic end in December 2018. Share prices which had been rising since the lows of the crisis of 2008, buoyed by the cheap money made available by the Federal Reserve and Central Banks worldwide, dramatically plunged by 20% within a few days – going from what is known as a ‘bull’ market to a ‘bear’ market.

Many are now asking whether this stock market collapse marks the beginning of a new wave of capitalist crisis. The most immediate causes of the collapse in share prices appear to be the expected rise in interest rates. However, an underlying nervousness about the state of the world economy is clearly also at play. This was indicated by the fact that a statement from US Treasury Secretary Steven Mnunchin designed to calm the markets had the opposite effect. After days of turmoil, he had phone calls with the biggest six US bank CEOs and tweeted a statement indicating that they have “ample liquidity”. This answering of “a question that no one was asking” (as Bloomberg put it) simply provoked a further decline in share prices!

While stock markets soared in recent years on the basis of Quantitative Easing and low interest rates, the recovery in the real economy has been significantly slower. Growth rates for a supposed recovery have been some of the weakest since World War II. Given the lopsided nature of this meagre recovery, working class people have seen very little benefit, with wages stagnant across much the advanced capitalist world.

While the exact timing of a new wave of crisis in the world economy is impossible to predict, a number of indicators suggest that this weak recovery is heading back towards a recession. For 2019, all of the major institutions of world capitalism , like the IMF, World Bank and European Commission, are predicting a lower rate of growth. They refer mostly to concerns about disruptions to global trade as a result of the rising US – China tensions, the impact of such developments on an already weakening Chinese economic growth and to rising interest rates.

In the course of 2018, global economic growth already slowed significantly. This is most clearly seen in the Chinese economy, which has been the one major section of the world economy with substantial growth rates over the past ten years. Now, the problems of debt, over-capacity as well as worries about the impact of protectionist policies by the US are asserting themselves.

However, it is not only China. Germany, the engine of growth in the EU only narrowly missed entering into a technical recession in the second half of 2018, while Japan’s economy shrunk the third quarter of 2018. The profits of the capitalist class are beginning to fall too, with Goldman Sachs predicting a “sharp slowdown”.

All of these symptoms reflect the underlying weakness of the capitalist economy exposed in 2007 / 2008, which cannot simply be overcome by turning on the tap of cheap money with low interest rates. The resulting accumulated debt which has grown exponentially to a total world debt of over $200 trillion, more than three times the size of the world economy.

The consequences of a new wave of world economic crisis coming so soon after the last deep crisis would be profound. Martin Wolf, writing in the Financial Times pointed out:

“A powerful implication is that room for a response to a recession would be limited by historical standards, especially in monetary policy. If the US Federal Reserve had to make a standard response to a significant recession, its short-term rates might need to be minus 2.5 per cent. The European Central Bank and Bank of Japan would have to go further still.”

This is an illustration of the fact that world capitalism has substantially exhausted its reserves in dealing with the last recession. This is not just true economically, but also politically. The undermining of the ‘extreme centre’ of capitalist parties means that the capitalist classes increasingly lack stable instruments for their rule. Another crisis would accentuate that instability and would pose the urgent necessity for mass socialist parties to direct the anger of working class people against the capitalist system responsible and replace it with a democratically planned socialist economy.