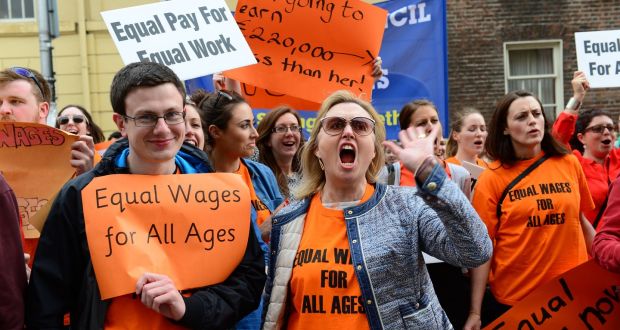 We spoke to two Socialist Party teacher activists about the ballot results on the government’s proposal to supposedly address two-tier pay.

Kate Relihan, a member of the INTO reacted to the news that the proposal was rejected by 53% vote to 47%.

“Myself and other rank and file activists opposed this offer given that it would have perpetuated inequalities for those who entered the profession post 2011 resulting in tens of thousands of euro more in career wages lost, but also because it represented a sell-out of future entrants thus repeating the betrayal of 2011.

“Frankly there was uncertainty on the outcome. Previous bad deals had been voted through despite campaigns of opposition by the rank and file activist group Glór. The past acceptance of bad deals mainly happened on the basis of recommendations from the leadership and an absence of confidence among the wider membership that a course of struggle would yield better results, a sentiment encouraged by the union leaders.

“On this occasion the INTO leadership did not make a recommendation but clearly hoped it would be accepted. There was a real deficit of organised about the offer at branch level.  However a layer of young teacher activists stepped forward and ran a visible and spirited campaign against this offer.”

By contrast the Teachers Union of Ireland ballot resulted in acceptance by 53% to 47%, on a 38% turnout. Diarmuid Naessans Chair of the Dublin City branch and an active participant in the TUI Grassroots group which campaigned against the offer gave his take on this.

“Unlike the INTO the TUI leadership disgracefully recommended this offer and furthermore ran a campaign of misinformation and scaremongering by basically saying that if the deal was rejected there would be dire consequences in terms of frozen increments etc. Completely untrue

“Coupled with this they took an authoritarian turn with the deputy general secretary without any reference to the democratic structures threatening legal action against TUI Grassroots for their use of ‘TUI’ in their name! We take that as a sign of nervousness on their part and rightly so because we ran them close in the end.

“The INTO result is extremely welcome. The ASTI still have to ballot and I hope the INTO vote as well as that of the nurses unions which have also rejected will spur them on to likewise reject.  In my opinion the terms of motions passed at all the teachers unions at the conferences earlier this which mandated industrial action if pay equality wasn’t obtained should be acted upon including by the TUI regardless of the recent ballot.

“This rejection by the INTO doesn’t by itself trigger industrial action. A ballot for action has to be conducted and according to INTO rules a two thirds majority required. The INTO leadership should get off the fence and campaign strongly for maximum participation in the ballot and the highest possible endorsement for action

“The crisis of recruitment and retention of teachers and nurses is an opportunity for us to run a co-ordinated strike campaign to bury two tier pay once and for all.” 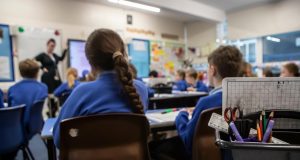 Covid in schools is a workplace-safety scandal