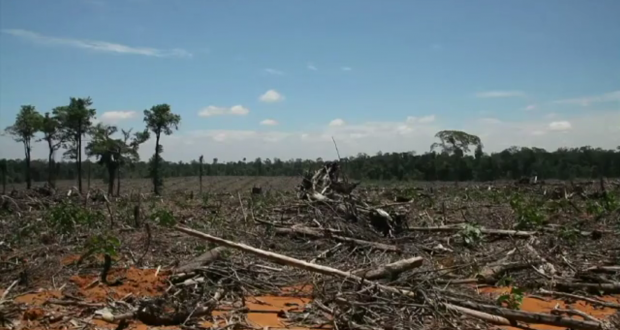 Devastating IPCC report on climate change: Capitalism must be challenged!

The debate on the reality of human-caused climate change is over, now is the time to act. The recent report issued by the IPCC (Intergovernmental Panel on Climate Change) showed that dramatic change is required before 2030 to prevent a catastrophic climate scenario.

The study outlined the extremely dangerous consequences for the Earth’s climate and ecosystem unless drastic measures are taken to prevent the global temperature exceeding the 1.5°C increase threshold, with the study stating that the planet “is likely to reach 1.5°C between 2030 and 2052 if it [emission output] continues to increase at the current rate“.

Recent findings by climate scientists, including those outlined in the IPCC report, have shown that if we are to avoid the worst effects of climate change, we need to halt the temperature rise at 1.5°C rather than the previously thought 2°C threshold which was the target agreed at the Paris Climate Summit.

The IPCC report actually met with criticism from some climate scientists claiming the projections were too conservative! (Because it failed to fully realise how far along the planet is in this heating process). Nevertheless there is clear agreement by all on the urgency of action required to prevent this impending global disaster.

We have seen a shocking increase in the intensity and occurence of hurricanes, droughts, wildfires and flash floods across the world. In the US, the 2017 hurricane season was the most expensive on record, with more than 200 billion dollars worth of damage from 17 named storms, including Hurricane Maria which devastated Puerto Rico with winds exceeding 155mph.

The changes that are occuring in our environment are already causing the complete destruction of ecosystems across the planet and leading to rampant species extinction. The spillage and dumping of toxic chemicals as a result of fracking, oil drilling and other such endeavours, and the colossal amount of plastic dumping in our oceans (which have literally formed plastic islands) are all causing untold damage to life on Earth.

Biologists now believe we are living in the sixth mass extinction event of this planet’s 4.5 billion year life cycle, and the cause is not a matter of debate – it is the capitalist system, which puts profits for businesses ahead of all other concerns, including the environment.

The IPCC report is clear that fundamental aspects of our society need to change to achieve the 1.5°C target. These fundamental changes can only be achieved through wholesale system change. Capitalism has to go. Only by ripping the power of the economy away from the oil barons, vulture funds, arms dealers etc. can we transition away from a carbon-based economy to a green renewable economy.

This can only be achieved through the building of a mass environmental movement with socialism at its heart and by bringing these polluting companies into public ownership as part of a democratically planned economy.