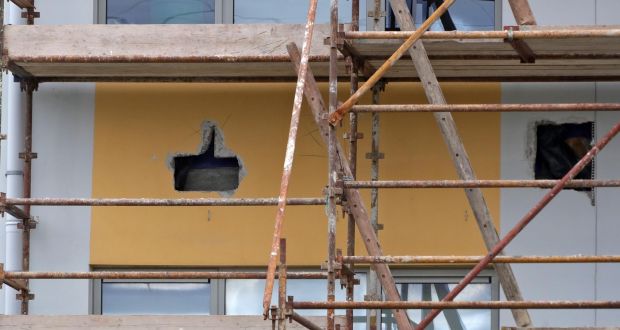 The school crisis that has emerged in the last week is a disaster. 1,200 pupils now have nowhere to go, parents have been left in limbo wondering how they will manage and all the vital sports, childcare and community groups, including Foroige services, are now homeless, unable to provide the services that so many rely on. This is a crisis of national proportions with two other local schools, Scoil Choilm and Luttrelstown Community College also on the list with 40 others around the country potentially affected.

But there is nothing natural or unavoidable about this disaster. It is a direct result of gross profiteering by cowboy developers cutting corners, in order to squeeze as much profit as possible. The Government are also complicit. Their negligence and ‘light-touch’ regulation, whereby builders and developers were able to ‘self-certify’ their work, put the lives of thousands of children in danger. While this race to the bottom in safety standards, wages and conditions was unfolding, former Education Minister, Batt O’Keeffe, welcomed the 30% reduction in construction costs. It begs the question of  where they thought these ‘savings’ would come from.

It is this profiteering and corner-cutting that has given us Grenfell, Priory Hall and Longboat Quay. For these developers, the lives of ordinary people mean nothing, as long as they can cream off massive profits.

Western Building Systems were known in the industry as ‘bottom-feeders’ – a shady outfit that only employs 45 staff. How then did they build over 20 schools in the last 5 years? Because their operation is based on bogus self employment and sub-contracting, where there is little or no oversight.

It has come to light that the Department were aware of major fire and structure defects in Western built schools as early as 2014. Why has it taken this long for the other Western projects to be investigated? And more, why were lucrative state contracts continually awarded to an outfit that was known to scrimp and cut corners in terms of quality and safety?

This shows the sinister nexus between big business and the state. It’s not just Fianna Fáil who have a long and dirty history with unscrupulous developers – the whole system is guilty.

We need to break with the policy of relying on private developers to deliver vital state infrastructure. If anything, this scandal puts front and centre the need for a state owned, funded and controlled construction company, with proper health and safety, and proper oversight measures locked in. The construction industry should be brought into democratic public ownership. This would immediately improve safety standards and reduce costs, as the profiteering of private developers would not be a factor anymore. And of course, such a state company could also deliver affordable homes on a not-for-profit basis.