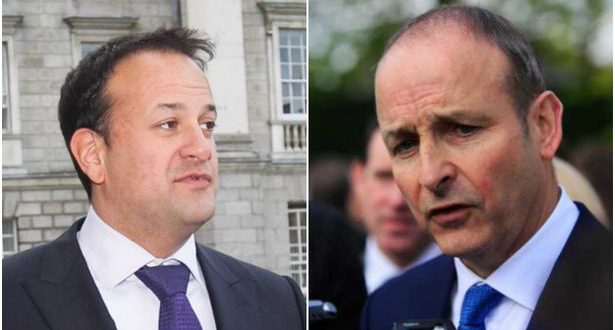 With Denis Naughten forced to resign as a Minister as a result of multiple undeclared meetings with big businessman David McCourt, the government appears to be on its last legs.

Even with Fianna Fáil abstaining, the government is now effectively reliant on the votes of Michael Lowry TD to continue. Depending on a convicted corrupt politician to survive, after a scandal involving Ministers’ accessibility to big business and reliance on a venture capitalist to provide rural broadband, is a fitting end for the government!

Talks about a review and possible extension of the “confidence and supply” agreement between Fine Gael and Fianna Fáil have commenced. If it was simply a matter of policy, they could reach agreement tomorrow, given they agree on all the essentials of the neo-liberal tax haven model of Irish capitalism.

However, given that this is largely about preparation for an upcoming general election, the talks are likely to involve rhetorical positioning by both parties. Fianna Fáil in particular is anxious to try to portray itself as a party championing the need for action on the housing crisis. The gross hypocrisy of this was revealed in the last month, where on 4 October, they supported a motion on housing calling for a relatively modest increase in the budget for housing. Five days later, they agreed to allow the government’s budget to pass, despite it allocating effectively no new funds for the building of public housing!

The other area of posturing is around who is more responsible for the interests of Irish capitalism on the issue of Brexit. Fianna Fáil’s Micheal Martin has indicated that, regardless of the outcome of the talks with Fine Gael, he will not bring the government down before a Brexit deal is done. Meanwhile, Varadkar ridiculed that suggestion, seeking to leave himself room for manoeuvre to call an election when it suits him.

What the outcome of these talks will be is not clear. An extension of the agreement is possible. However, given the precarious nature of the government’s position and the prospect of an end to the current stage of the Brexit process in the coming months, the odds of a general election in the first half of next year are shortening.

The abortion legislation should be fast-tracked and the government must go. The latest scandal only served to underline the reality of how it serves the interests of big business. No government which is based on the continuation of the rule of capitalism can resolve the multiple crises facing working class people.

This is most evident on the issue of housing. The crisis worsens on a daily basis, yet the government’s policy was exposed once again when it came to the budget. This was a landlords’ budget delivered by a landlords’ government, based on funnelling money to landlords through Housing Assistance Payments and tax breaks, instead of investing to deliver public housing.

Instead of a landlords’ and big business’ government, a government that serves the needs of working class people is needed. Such a government would end the failed reliance on the free market to deliver housing.

Similarly, the crises of cost of living and the unsustainable model of the Irish economy cannot be resolved on the basis of the capitalist market and big business interests. Democratic public ownership under workers’ control of the key sections of the economy is needed in order to allow economic planning to meet the needs of ordinary people and protect the environment.

To make a government that serves the needs of working class people possible, a mass socialist party is needed. This would place on the agenda a left government committed to breaking with capitalism and implementing socialist policies.