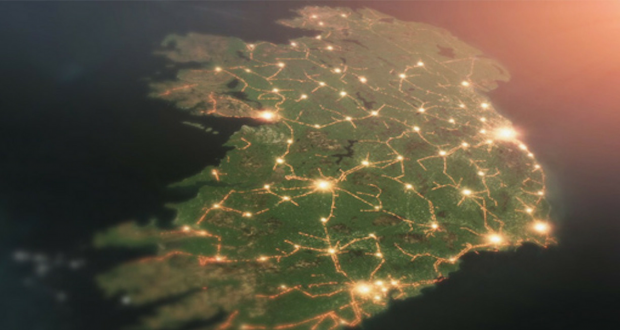 A minister should know that having dinner with a businessman involved in bidding for a state-contract can seriously shorten their ministerial careers.

Denis Naughten, on the other hand, apparently didn’t see the harm in having numerous meetings and dinners with David McCourt, a billionaire American businessman, who was the last remaining bidder in the state’s failing National Broadband Plan. In fact, aside from having dinner in New York and a meeting in the businessman’s home in which the broadband deal was discussed, he even arranged a dinner and drinks in the Dail bar for the McCourt family!

These revelations came just months after news broke that Naughten, in a meeting with a representative for Independent News & Media (INM), let-slip commercially sensitive information around a potential merger the company was involved in.

What the Naughten case shows once again is the intricate links between big business and politics. If you are rich and powerful, access to Ministers and top politicians is just a phone call away – indeed when McCourt wanted to meet Naughten he simply picked up the phone to Fine Gael TD Pat Breen who facilitated the first meeting. Or as the INM example shows, if you’re Denis O Brien a minister’s ‘slip of the tongue’ can be worth a fortune to you.

While Fine Gael have been quick to replace Naughten in an attempt to hold together a functioning government, for people in rural Ireland this is another setback in getting high speed internet connectivity – which they have been promised since 2002.

Access to broadband is now a necessity for most people, the ability to supply it is a basic infrastructure. But in Ireland, 542,000 homes, schools and small businesses cannot access it. This represents 40% of the population, and means it is not available in over 90% of the geographical area of the country.

The root of this situation lies in the decision of the Fianna Fail government to privatise Telecom Eireann in 1999. At the time, Telecom Eireann were moving towards being at the forefront of the digital revolution, with much investment in moving from analogue to digital.

The political establishment said that privatisation would result in more investment and better services – the opposite is the truth. When Telecom Eireann was first floated on the Stock Exchange it was valued at €8.4 billion, since then it has been bought and sold numerous times.

All the private consortiums which bought it did so to maximise profits – they asset stripped the company, withdrew profits for themselves and loaded the company with their private debts. For example, a consortium led by Tony O’Reilly bought it for €3 billion. They went on to sell off its mobile arm. Another sold off the phone masts. Even the company headquarters was sold off. One of the last sales of the company saw it bought for just €39 million – it was valued at €3.94 billion, but had debts of €3.87 billion.

The company should be nationalised and taken back into public ownership. The government should refuse to pay the debts of vulture funds and billionaires who have loaded their debts on it. Instead, they should invest in the company to develop broadband infrastructure across the country.  It would allow, in a relatively short space of time, to develop a communications and technology company that could drive forward the economy and create well-paid jobs for workers.