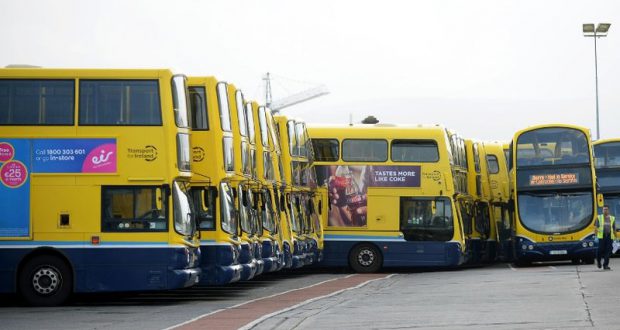 The claim is that this will significantly improve connectivity and frequency. However, reading the small print we see that this is simply a re-rationing of Dublin Bus’s existing stock, which will actually worsen the service in the suburbs.

A plan for chaos

The proposed plan is based around establishing eight ‘spine routes’ which will have, it is claimed, a significantly higher frequency, serving new ‘bus hubs’ in the main population centres, like Swords, Blanchardstown and Tallaght. These will be supplemented with additional orbital, east-west and feeder routes to serve nearby communities.

Over 200,000 commuters in total use Dublin Bus to travel into the city centre each day. Under this new plan, tens of thousands will be obliged to get two buses. They will be forced to get a local bus from their community to one of the main ‘bus hubs’, where they will have to get off and wait for another ‘spine’ bus to take them into the city centre.

The madness of this idea is clear to everyone, except the NTA. Thousands of commuters arriving in the same place scrambling to get on a bus going into the city centre. Imagine what it will be like for parents with buggies, wheelchair users and those with reduced mobility?

Already the proposal has provoked outrage among commuters. They correctly see this as simply re-rationing existing stock and another step down the road towards further privatisation. Such a situation will lead to the creation of an inferior transport system and attacks on workers rights.

Large and angry meetings have taken place in communities across the city. Over 300 people attended a meeting in Greenhills with 600 in Drimnagh. Two hundred irate locals marched to one of the NTA ‘information stalls’ in Crumlin to register their opposition to this plan. Solidarity and the Socialist Party have organised meetings in Edenmore, Tallaght and Dublin West.

While the consultation process ends on 28 September, the many local campaigns must continue to put pressure on the politicians. Many Fianna Fáil politicians are opportunistically holding meetings on the issue. They need to be pressurised into insisting that Transport Minister, Shane Ross, directs the NTA to scrap the plans. We need an active campaign in every community. SIPTU and the NBRU – who represent bus drivers – should call a city-wide demonstration to the Dáil.

But this isn’t enough. Commuting to and from work in Dublin is a daily nightmare for hundreds of thousands of workers and students. The cause is chronic underfunding of and lack of capital investment in public transport. What is needed is a properly funded public transport system that is run on a non-profit basis to serve the interests of its workforce, commuters and our environment. 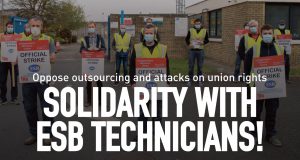