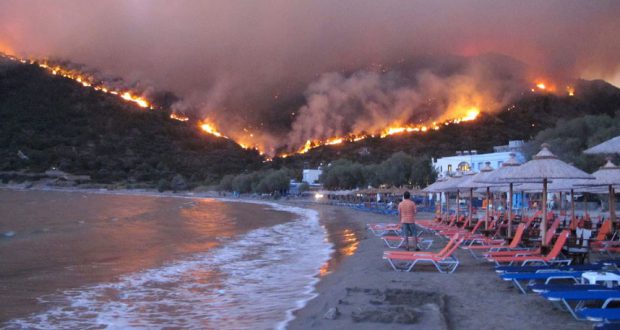 More than 80 deaths, including children and babies, and more than 150 injured. Dozens of people made homeless and an incalculable destruction of forests and forestry land. This is, so far, the result of the great fires that took place in Attica. The number of victims may rise as bodies are still dragged onto beaches – people who tried to save themselves by jumping into the sea. And it is still not known how many people locked themselves in their homes who could not escape.

In one afternoon, at least three large fires took hold in Attica, and fifteen fires, in total, throughout the country. The dimensions of this tragedy recall the fires in 2007 when dozens of people died and many forests burned in the Peloponnese and Parnitha.

This simultaneous number of fires in the Attica area, when there were very high temperatures and strong winds, and the places and times when these fires began, lead to people asking what caused such damage. One of the affected areas, Kineta, is at the foot of the Yerania mountains, where there were plans to establish a bauxite mine. The request to authorize the mine was rejected in 2017, due to the resistance of the inhabitants of the area, and by the authorities for the protection of the Yerania forests. The destruction of much of this forest will certainly benefit the mining company.

The government already speaks, directly or indirectly, of arson. Prime Minister Tsipras talks about an “asymmetric phenomenon”. But the question really should be: Is this tragedy caused only as a result of some people, for whatever reason, starting fires? Can the government justify the magnitude of the damage by claiming that it is an “asymmetric phenomenon”? The real question, surely, should be, what is the government doing to protect the country and its forests from such threats?

Regardless of what is proven later, there is an undeniable reality: the deficiencies and cuts suffered by both firefighters and the Forestry Service, both in human resources and in materials. This has meant that the firefighting response faces more difficulties, if not an impossible situation.

In 2007, firefighters protested that 29% of posts in the fire department were not covered. They also said that much of their equipment and fire extinguishing materials were obsolete and defective. During the last great fires, in 2007, firefighting vehicles were damaged on the way to extinguish the fires, water hoses had holes in them, and there was a lack of personal protective equipment for firefighters.

Eleven years later and after several austerity ‘memoranda’ imposed by the Troika, the situation is even worse. Every year, the fire department budget faces new cuts.

Catastrophic as this situation is, it is worth mentioning, however, a much more hopeful aspect; the great solidarity and willingness to help that hundreds of people demonstrated; the teams of forest protection volunteers, who were provided nothing by the state, who were formed to help extinguish the fires alongside firefighters and forestry rangers. Calls were made on social networks for resources to cater for those affected by the fires, and the response was massive. Medical doctors volunteered to treat the wounded, and veterinarians and animal welfare activists are taking care and attending to domestic and wild animals.

Starting from this wave of solidarity, we have to, bit by bit, regain our collective strength and enter again into the struggle to end the policies that have led to this tragedy; completely transforming a system that puts the profits of banks and large companies above our lives and the environment. 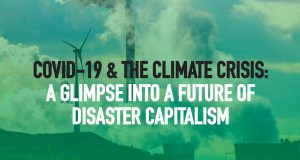