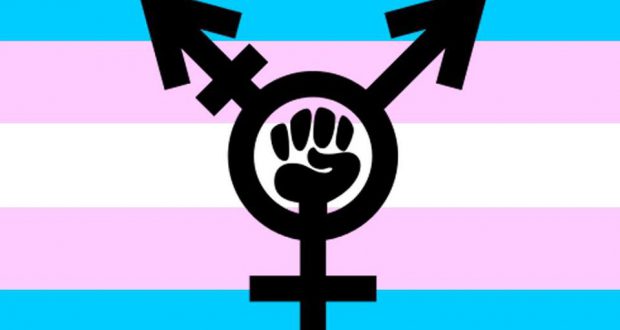 After winning repeal, the battle for equality is far from over. Trans rights are one of the many campaigns on people’s minds. Although binary trans people have a right to self determination in Ireland, transgender healthcare is still underfunded and the waiting list for Loughlinstown is now at 20 months.

Twenty million euro has been spent on the Pope’s visit while there are only two gender clinics in Ireland. Transgender healthcare is almost non-existent in Ireland, it is based on a highly medicalised model of treatment.

This system has a negative impact on transgender people’s mental health and wellbeing. Being transgender is not a mental illness but this model of healthcare interrogates trans people with offensive and personal questions to see if they are really transgender.

Such questions include asking if wearing clothes assigned to the opposite gender turns them on and what kind of toys they would have played with when they were younger.  Professor Donal O’Shea, one of the two GPs qualified to prescribe Hormone Replacement Therapy, says that this is to protect the small minority of people who will be at risk from unrestricted access. The oppressive trans healthcare system should come as no surprise when the Catholic Church is still controlling our hospitals. We need a separation of church and state in order to achieve free, inclusive trans healthcare based on the informed consent model.

The Church’s control of our secondary schools adds to the growing number of transgender people experiencing mental health problems. Sex education is being taught by religious groups like Accord where young people aren’t getting the information they need and it isn’t inclusive to LGBTQ+ students.

Sex segregated schools can be a hostile environment for young trans people, who aren’t getting the support they need during their adolescence. Gendered school uniforms and bathrooms based on assigned gender are reinforced in Catholic run schools and thus, transgender students aren’t allowed to fully express who they are. The separation of church and state would be a huge win for trans rights.

Discrimination comes in many forms for trans people. Homelessness is a queer issue with many trans people being forced into services that don’t align with their gender identity and an increased risk of violence on the streets. Currently, the absence of hate crime legislation can prevent trans people from reporting crimes committed against them. Conservative politicians are way behind the opinion of ordinary people, as there has been a huge boost in support and acceptance for LGBTQ+ people since the Marriage Equality referendum. Now that we’ve repealed the eighth, there is no turning back.

Trans people should be confident that we can win even more. This historic win can give people the confidence that civil disobedience and radical struggle works. Capitalism breeds a system of discrimination that reinforces rigid gender roles and the gender binary. Young people are increasingly open to the idea that capitalism is the root of discrimination and oppression. The queer community are ready to fight for their rights with an anti-capitalist outlook. To achieve true trans liberation, we need an anti-capitalist, socialist struggle.