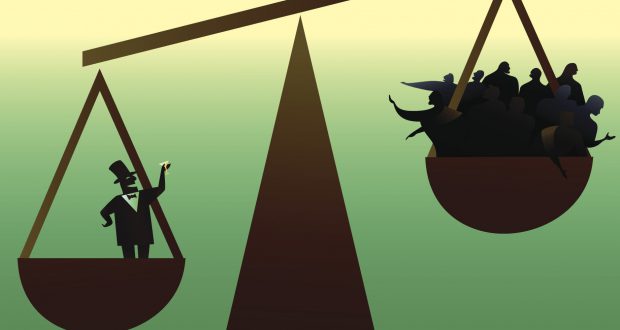 How can five of the richest people on the planet have as much wealth as the poorest 3.5 billion? Why did 82% of the wealth created last year go to the top 1%? In Ireland, supposedly the fastest growing economy in Europe, why are 10,000 people homeless?

Wealth inequality, imperialist war, economic exploitation, a homelessness tsunami and multiform oppressions are radicalising many at home and around the globe. These grave problems facing workers, poor and young people are problems that are fundamentally systemic in nature. They are not a series of accidental issues divorced from one another. Ultimately, they must be seen as part and parcel of the capitalist system we live under.

Let’s start with housing in Ireland. There‘s no reason why homelessness should be skyrocketing on our streets, but it is, becuase housing provision is based on maximising profits for developers not on building homes for people who need them. Last September, it was reported that Cairn Homes, a major property firm, owned 20% of the zoned land in Dublin, where it is estimated that 12,000 houses could be built. However, in the first six months of 2017 a pitiful 94 houses were built. Why?  Put simply: it wasn’t profitable to do so. It was better to wait for the price of land and houses to rise and churn out more profit for Cairn Homes.

Unaffordable housing is a problem blighting every major city in the capitalist world, not just in Ireland. It is indicative how the system is structurally incapable of meeting a basic human necessity, notwithstanding the ample resources at its disposal. It’s no wonder, then, that we also have unaffordable childcare and a two-tier and chronically underfunded health system that leads to record numbers sitting on trolleys each year.

Governments in Ireland, Europe and across our planet are hopelessly committed not only to supporting the system of capitalism, but particularly its neo-liberal variant, that has emerged over the last number of decades. It is for this reason that the Irish government refuses to build social and affordable homes, while it gives major sweetheart tax deals to multinationals like Apple. Neo-liberal capitalism is about transferring wealth from the working class (those who make up the majority in society: workers, the unemployed, pensioners etc.) to the capitalist class (the super-rich, the billionaires and corporate CEOs that run our society).

This transfer of wealth takes two forms, attacking rights and conditions in our workplaces through zero hour contracts and wage suppression. It is also means drastically cutting back on social expenditure so that countries like Ireland can become tax havens for big business. If you want to get an idea of the ruthlessness of capitalism today, just read the following report on the conditions faced by Amazon workers as reported in the British newspaper The Observer (16 April, 2018):

“Workers reportedly have to process a package every nine seconds from 7:30 a.m. to 6 p.m. Those who struggle to keep up with the 300-item-an-hour workload sometimes suffer panic attacks that require hospitalization”

One investigator found that workers:

“lived in fear of being ¬disciplined over ‘idle time’ and ¬losing their jobs just because they needed the loo.”

By people to the bone in a low-wage regime (earning less than $30,000 per annum in the US – with many forced to rely on foodstamps), Jeff Bezos, the owner of Amazon, has managed to become the richest person in the world. This is capitalism in the 21st Century and as a system of economic exploitation it doesn’t differ much from the system of capitalism that existed when Karl Marx was alive 140 years ago.

Capitalism breeds inequality and fosters division. It creates a culture that allows disgusting prejudices such as racism, sexism, homophobia and transphobia to grow. If we want to end these evils, this system must be challenged and overthrown on a global scale.

Workers, the poor, young people, women, LGBTQ people and all the oppressed have a common enemy and we have the power to defeat it. But we must organise, because the billionaire class that rules our society is highly organised through its ownership and control of the wealth of society, and the modern state and mass media, which defend and propagate its class interests.

The Socialist Party and the Committee for a Workers’ International, the international socialist organisation to which we are affiliated, and which organises socialist groups in over 40 countries, on every continent, is committed to organising to defeat capitalism. From this we can build a truly democratic society, where each individual can develop to their full potential, based on solidarity and mutual respect, not division and prejudice. This is what socialism is fundamentally about.

If you agree, then join us today.