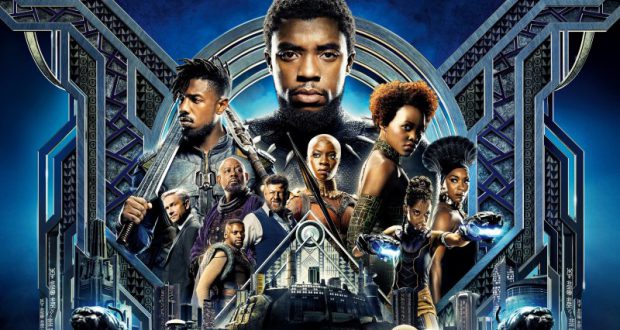 The theatrical release and tremendous hype of Disney / Marvel’s, Black Panther, was a massive success in the United States as it broke records at the box office for a four-day opening weekend grossing $235 million and over $500 million worldwide in one week.

In black communities across the US, grassroots initiatives to raise money to purchase tickets for underprivileged black and brown kids to see the film was a familiar story.

The film is set in a fictional sub-Saharan East African nation called Wakanda – unique because it was never colonised, despite the reality of African nations being exploited for resources, labour and land for decades. At the centre of Wakanda’s power is the massive wealth deposits of “vibranium ore” which fuel its technological, scientific, economic, and cultural advancements, all of which is hidden from the rest of Africa and world by the old king / Black Panther, T’Chaka.

The plot revolves around the conflict between the new king / Black Panther, T’Challa, and his estranged cousin from Oakland, KIllmonger. The introduction of Killmonger transforms Black Panther from your average Marvel entry to a conversation about birthright, ancestry, oppression, the legacy of racism and its effects on black Americans and Africans.

The politics of Killmonger and T’Challa / Black Panther lead us to something of a proxy discussion about different methods to achieve black liberation.

Killmonger believes Wakanda should use its resources to lead the way in a global revolt and build its forces to be a modern-day empire. As T’Challa faces the failures of his father, the emergence of Killmonger and realities of Wakanda’s isolationist position, he must reevaluate Wakanda’s role in the world.

Killmonger’s approach is to let the world burn, deploying a private army offering revolution to the masses, which is actually a form of neo-colonialism wrapped up in a radical black-nationalist veneer of freedom and justice for black people.

T’Challa, outside of his Black Panther identity, will engage in philanthropic neoliberal capitalism – Oprah Winfrey-style charities that may help a few, but will not make a dent in the more profound structural problems of poverty and income inequality under capitalism – all while promoting the mythology of the benevolent monarch who will take care of his subjects as long as they know their place in life and never question or challenge power.

Black Panther has invoked a sense of racial and cultural pride during the dark days and nights of the Trump presidency and Wall Street domination. It has the potential to inspire many, particularly youth of colour, to learn about black and African history at home and abroad, but we must remind ourselves this is a Hollywood production that cannot answer our serious questions about how we get free.