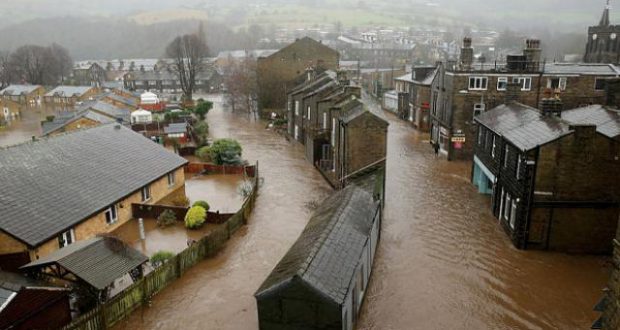 Drought, heat waves, and flooding will increase across all European cities over the coming century according to a new study examining the impact of climate change on cities. With over 75% of the population of the EU living in cities, these results reinforce a growing body of evidence pointing towards the necessity of comprehensive planning and adaptation.

‘More than one hazard’

Every single city the research team investigated is expected to get hotter over the next 50-100 years. In addition, there are significant regional changes shown by the data, with southern Europe projected the see most drought, central Europe the hottest average increase in temperature (upwards of 14°C higher), and northwest Europe, Ireland and Britain in particular, the most flooding. Dublin, Cork, Waterford, and Derry were among the cities expected to be worst hit by increased flood frequency and severity.

One of the key findings of the study was the compounding effect on cities hit by multiple climate impacts. In fact, over 100 cities are vulnerable to two or more hazards, and the authors conclude this “is likely to be beyond breaking point in many cases”.

What kind of future?

In reality the changes projected will mean the lives of millions of people will be disrupted and devastated by extreme weather events. Another recent study predicts a 50 fold increase in the number of extreme weather related deaths from 3,000 a year to 150,000.

Inaction on both climate change adaptation and prevention has ripple effects beyond the immediate tragic deaths and infrastructure destroyed. When hundreds of millions are needed for repair and rebuilding — damages from Storm Ophelia alone were between €500-800 million — it costs our communities in starved public services.

From the destructive floods in Donegal and Cork to Storm Ophelia, extreme weather events are the bellwethers to the calamitous future we face if things are left as they are. This new study clearly illustrates how an unstable and destructive climate will overwhelm our communities.  The empty rhetoric about commitments given at Paris in 2015 will not protect us. Action is needed now.

The data are clear. Climate change is coming faster and with more intensity than we anticipated. We need to urgently invest in the necessary infrastructure to protect coastal communities and ensure our cities are resilient. At minimum, 80% of fossil fuel reserves must stay in the ground to give us the best chance of avoiding climate catastrophe. The remainder must be used to rapidly transform society to run on renewable energy and guarantee a just transition for all.

In the last weeks, a bill to ban all new oil and gas exploration licenses introduced by Solidarity-People Before Profit put the issue squarely to the parties of the capitalist establishment. Under pressure, they were forced to allow the bill through second stage, but will likely seek to leave it languishing in committee, without ever becoming law.

Collective action and the building of mass movements can rein in the fossil fuel giants and force the ban on new exploration to become law. United in our thousands and millions, we also have the power and interest to challenge and break with this for-profit capitalist system that breeds environmental destruction. A democratic socialist society, organised and democratically planned to meet the needs and desires of the great majority, not the profits of the few, would clear the way to finally attain ecological sustainability.