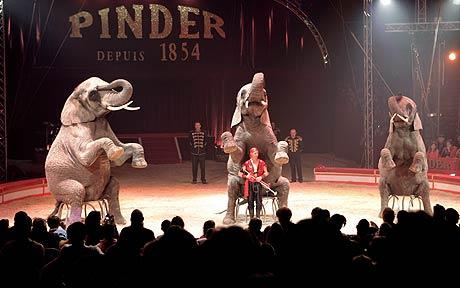 November 9 saw the historic and long-awaited victory of the animal rights movement. The Minister for Agriculture Michael Creed announced that as of the January 1, 2018 wild animals will be officially banned from circuses.

This comes just before Solidarity TDs and Socialist Party members Paul Murphy, Mick Barry and Ruth Coppinger were set to bring the Prohibition of Wild Animals in Circuses Bill before the Dáil. It is quite clear that the campaign around the bill is what put pressure on the government and eventually led Creed to make the decision despite his department saying as recently as 2016 that they had no intentions of banning wild animals in circuses.

So whom does the credit go to for this victory that has made Ireland the 40th country to ban wild animals in circuses? We must be absolutely clear that it doesn’t go to Creed or the government. It goes to decades of difficult and often dangerous activism by the animal rights movement, and to general society who outright rejected the cruelty of wild animal circuses. We saw the full might of this in 2016 with German circus Belly Wien who travelled with 75+ animals including 3 elephants. 300 people turned up to protest outside their show in Tallaght and took part in an active movement against them which ultimately forced them out of the country.

The Socialist Party welcomes this ban, but we must be clear that Creed will not and should not be held up as an inspiration to the animal rights movement. The establishment parties have a bloody record on many issues of animal welfare that cannot be forgotten. All main parties including Sinn Féin voted against a bill last year that sought to ban hare coursing- a “sport” where hares are mauled and terrorised for entertainment and bets. The Irish government proudly stands over hare coursing, abuses within the greyhound industry, the slaughter of mink in fur farms etc.

What comes next? This ban paves the way for more work to be done on animal welfare in Ireland and internationally. Fundamentally, the use of domestic animals in circuses is still cruel and exploitative and we must keep a ban on all animals in circuses as a central demand. We must continue the struggle against hare coursing, fur farming and the proudly government-funded greyhound industry that is responsible for sending dogs to die in countries with no animal welfare laws.

Ultimately we must accept that the predominant reason animals are abused is because of the capitalist drive for profit. We cannot achieve full equality and liberation for animals under the current system, any more than we can for humans. We need to fight for a socialist society in order to achieve the justice our animals deserve. 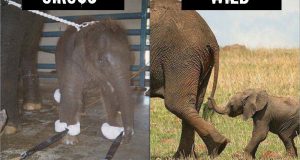