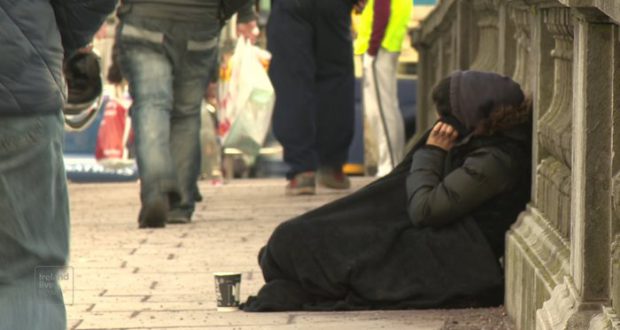 SUPPLY AND demand in the “free market” is supposedly the best way to produce what we need.“Free market” are just sanitised words for capitalism – production for profit.

The pursuit of profit inevitably leads to economic inequality and as of June, five men owned the same amount of wealth as half the world’s population.

Over the last three decades,the wealthiest 10% here have increased their portion of net wealth from 42% to 54%. What was owned by the bottom 50% went from a paltry 12% to just 5%.

The right to a home

Greed caused the property crash in 2008. Far from a “free market”, the desire of people to have a secure place to livein was abused to stampede and rush many into buying grossly overpriced houses before the price went too high.

Now economic inequality is getting even worse. The top 1% here increased their share of total incomes from 34% in 2011 to 39% last year, whereas the bottom 50% of earners got only 6% of the value of the increase in incomes. But the real injustice of the capitalist market can’t be found in figures, it’s in the social wasteland that is being created. Safety in many primary schools built in recent years has been compromised due to profiteering.

Two primary schools in Belmayne in Dublin, which cater for hundreds of kids, are affected. Belmayne is literally a stone’s throw from Priory Hall, where only a few years ago whole apartment complexes had to be vacated because they were unsafe. The abuse of residents was disgraceful, one man tragically taking his own life.

Days ago, three homeless people, one man and two young women, Jenny Dennehy in Cork and Danielle Carroll in Leixlip, died on consecutive days. People are being evicted by landlords or vulture funds, who either want to massively increase the rent, or cash in on the current high prices through selling.

The situation could be alleviated if sufficient affordable homes became available. But as long as landlords, developers and builders are allowed to hold sway, that isn’t going to happen. When it suited, builders and developers delivered 93,000 homes in just one year in the boom. But now supply is being curtailed because there is not enough profit in it for developers and bankers. There’s a huge social cost from this inactivity – evictions, dreadful overcrowding, an explosion of homelessness, terrible conditions in emergency provision and deaths.

Considerations of profit is at the root of weak supply and the knock on of unaffordable prices and rents. Yet the political establishment insists we must continue to rely on private landlords, developers and builders – the market – to supply our housing. Fianna Fáil has even just called for reductions in levies and taxes on developers to encourage them to build! Bosses usually pocket such state grants and do nothing.

The right to profit is a cornerstone of this country, the right to a home and other essentials are not. It is impossible to make a system based on profit, operate in a socially just way. Look at what’s happening with the Affordable Childcare Scheme. Many creches are already increasing their prices to turn the subsidy people into their increased profits. The drive to maximise profit undermines the provision of the goods and services we need, particularly when capitalism is making people poorer.

It would be more efficient, cheaper and deliver better quality products and services if the state, under the control of ordinary working people, planned production for people’s needs. The housing crisis could be resolved relatively quickly by using the wealth in society to build good quality affordable homes for all. The establishment parties will fight to defend the system and the right of their big business backers to profit at our expense. Any new broad left movement must not compromise, either with the establishment or the capitalist market, they both must go.