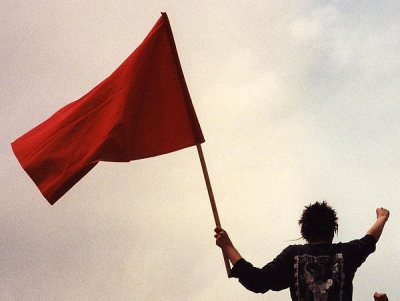 Other political parties don’t do such things, and other parties aren’t attacked and conspired against by those who enforce and prosecute the law.

But the Socialist Party is not like other parties.

We don’t play by their rules because they are the rules of a game that’s rigged. The struggles of workers, women, and young people can only win if they break those rules. That’s why the history of all progress is the history of civil disobedience, mass protests, and independent organising by the working class and oppressed; actions that are vilified by the establishment whenever they take place.

For the 1% elite to maintain their privileged position and power, it’s important that the 99%, as much as is possible, aren’t aware of this history. So the suppression of voices that champion these lessons is equally important.

In this respect, the Socialist Party is regarded, by a more astute element of the establishment, as their most troublesome opponents. We’re not the largest organisation, but we have an impact well beyond our numbers. What’s bothered them most of all, until now, is our ability to gain mass support for radical demands, as well as tactics, such as the widespread defiance of the law through the boycott of water charges.

But something more fundamental is bothering them now: that it’s not just demands and tactics, but our vision of an alternative that’s gaining traction.

Jeremy Corbyn’s slogan, “For the Many, Not the Few”, roused millions of workers and young people in Britain. On its own this slogan can be interpreted as radical or moderate, but it expresses a sentiment that chimes with a new generation looking to the left after decades of the same discredited neo-liberal consensus.

“For the Few, Not the Many” would be a slogan that epitomises capitalism, and the politics of any parties that support this system. A society actually based on the the many not the few would have to involve genuine rule by the majority, which can only be realised if the resources in society are owned and controlled by the majority to meet the needs of all. That means socialism.