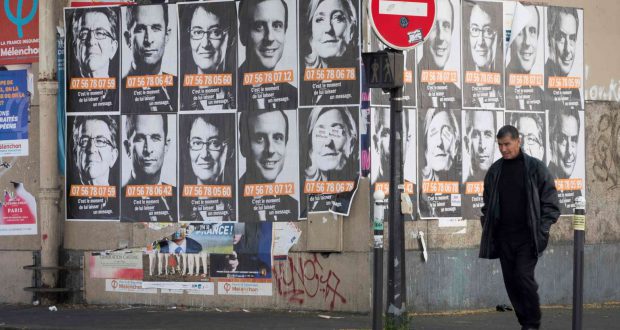 Emmanuel Macron’s victory over far-right Front National candidate, Marine Le Pen, has been heralded in much of the media as a victory for the ‘centre’. This superficial analysis paints over a deep and profound political crisis for the representatives of French capitalism.

This was an unprecedented election. For the first time since the foundation of the Fifth Republic in 1958, no candidate from either of the two main establishment parties, the Parti ‘Socialiste’ (PS) and Les Républicains (LR), made it to the second round run-off.

To understand the crisis faced by the traditional political representatives of French capitalism it is important to look at the backdrop of economic stagnation, austerity and attacks on workers’ rights in recent years.

Like social democratic parties internationally, the PS paid the price for their betrayal, scoring just 6.4%.

The LR candidate, Francois Fillon, was deeply discredited. As well as being an open admirer of Thatcher and wanting to roll back on abortion rights and on same-sex marriage, he was exposed for corruptly employing family members and is under criminal investigation.

The discrediting of the establishment parties saw big business and the establishment media rolling in behind the campaign of Emmanuel Macron. Despite the spin, Macron, an investment banker and former Minister for the Economy who oversaw attacks on workers’ rights was very much a neo-liberal candidate.

A very concerning development shown in this election was the Front National’s (FN) Marine Le Pen reaching the second round, where she scored 34%. The FN is a far-right, racist party that cynically posed itself as a champion for workers’ rights. The reality is of course different, she made overtures to the big business confederation during the campaign, and very much defends capitalism just as much as Macron.

One of the most significant aspects of the election was the insurgent campaign on Jean Luc Mélenchon. He stood on a left platform of opposition to austerity and neo-liberal policies – a reversal of attacks against workers’ rights, a progressive taxation system, massive public investment, for the nationalisation in key sections of the economy, democratic reforms, for investment in renewable energy and, environmental planning.

His campaign saw hundreds of thousands, mainly young people and workers, packing stadiums throughout the country. 130,000 attended his rally in Paris and 70,000 in Marseilles while 490,000 people joined his movement, ‘France Insoumise’.

Mélenchon came within a whisker of the second round with 19.6% of the vote, with 30% among young people. His campaign shows that there is a massive support and potential for socialist ideas. The campaign also showed how it is possible to cut across the growth of the far-right by winning workers, young people and communities devastated by neo-liberal policies to a left alternative.

It is crucial now that this potential is built upon. In the short term, France Insoumise and the left have huge potential in the upcoming June parliamentary elections. Despite the unprecedented amount of media spin around Macron, he will start his presidency as a deeply unpopular president – polling just before the 2nd round showed that 53% of those intending to vote for Macron did so to oppose Le Pen rather than in support his policies. The second round saw a 25% abstention rate (highest in 48 years), and a record 12.5% cast blank or spoilt votes!

Macron will face massive opposition and resistance to his anti-worker policies. The tens of thousands of workers and young people who have been enthused by Mélenchon’s campaign must now become organised after the elections into a genuine left-wing and socialist alternative, and assist in building and coordinating the struggle against Macron and his policies. 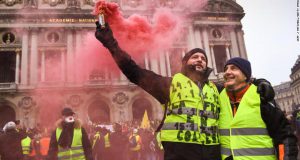 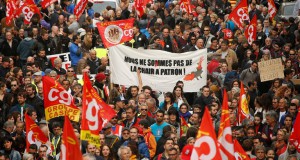