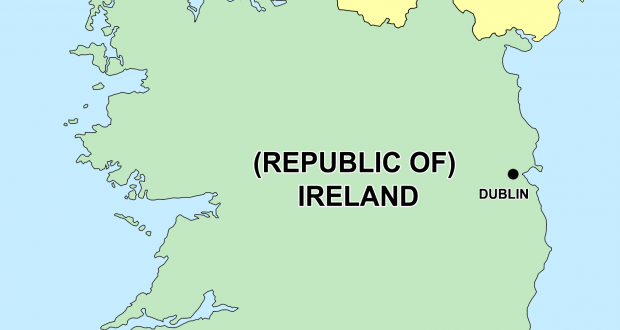 Is Sinn Féin right? Is a united Ireland on the agenda?

The crisis at Stormont and Brexit has sparked debate and discussion on the prospects for a united Ireland. Sinn Féin, emboldened by their electoral success has seized on the opportunity to push for a border poll under the terms of the Good Friday Agreement (GFA).

They alongside the SDLP and now Fianna Fáil argue that the Brexit is an accelerant of a process that they believe will inexorably and inevitably lead to a united Ireland.

The focus of the various hues of Irish nationalist politicians has been on the need to put forward credible arguments as to why a united Ireland will provide a better future.

Fianna Fáil is preparing a white paper on the mechanics of how Irish re-unification could be achieved. Sinn Féin wants an Oireachtas all-party committee set up to draft a green paper on reunification, and is of course calling for a Border Poll, simultaneous referenda held North and South on the question of whether Northern Ireland should remain part of the UK.

The GFA allows for the calling of a poll if there are indications that a majority would vote for a united Ireland. However Secretary of State for Northern Ireland, James Brokenshire speaking in Westminster said, “I have been very clear that I do not think those conditions have been met.”

Nevertheless, Article 50 has been triggered, and the prospect of a second Scottish independence referendum along with the possibility of Sinn Féin becoming the largest party in the Assembly, means that the issue of the border is now back centre-stage. The intertwined issues of “Brexit” and a border poll are being used by the sectarian parties to stir up discontent and create greater sectarian division.

The UK leaving the EU has raised fears amongst Catholics (a majority of whom voted remain, a majority of Protestants voted to leave), that a “hard border” will be a block to them achieving their aim of a united Ireland. Many nationalists also look to the EU as a form of guarantor of their human rights and a check to stop a return to the discrimination of the past. These fears are being played upon by Sinn Féin in order to rouse support for a border poll.

Fears about the future of the Union (UK) amongst Protestants have increased significantly since Sinn Féin’s election result and the possibility of Scottish independence. The DUP is using this anxiety to repair the damage inflicted on them by the RHI scandal.

Just as Catholics did not abandon their desire for reunification when they were a minority in successive elections over decades, Protestants will not abandon their opposition to a united Ireland just because there is a majority vote in a border poll. The opposite would be the case. People will be forced to choose a side therefore, holding a border poll will not lead to unity, but greater polarisation.

In the event of a majority vote for unity Protestant opposition to a united Ireland would be strengthened and it would give birth to the conditions within which a civil war could erupt.

The vast majority of working-class people in the North do not countenance going back to the conflicts of the past, but there can be no solution to the sectarian conflict on the basis of capitalism. There is now an urgent need to build a genuine cross-community working-class party: one that can unite Catholic and Protestant working-class communities against Stormont austerity, in common struggle for socialist change, guaranteeing freedom for all from fear and discrimination.

Such a party is the only solution to the sectarian parties of nationalism and unionism. 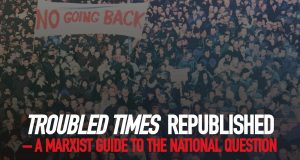