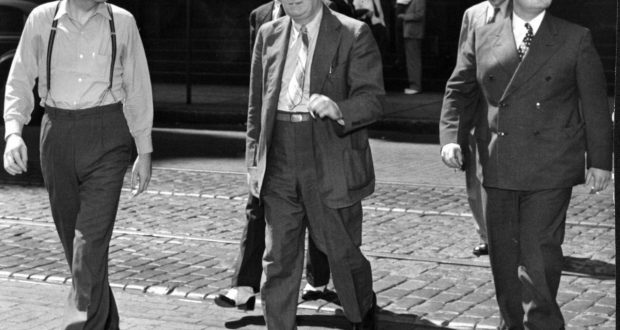 Reading the transcript of a courtroom testimony might seem like a boring prospect, but the testimony of James Cannon published as “Socialism on Trial” is a real page-turner.

On the eve of the US entering World War II, Cannon, along with 28 other socialists and trade unionists were charged with plotting to overthrow the US government. The controversial Smith Act, passed by Congress in 1940, made it a crime to “teach, advocate, or encourage the overthrow or destruction” of the government or be a member of any group that did.

Cannon was the main organiser of the revolutionary organisation, the Socialist Workers’ Party (SWP), which had a small membership but had an influential role in numerous strikes across the US in the 1930s. After the Communist Party – an organisation with 85,000 members – adopted a position of support for the war, the American establishment directed its fire against the SWP. The trials were serious business.

The various charges they faced carried sentences of up to 20 years apiece. The government feared that the SWP could potentially cripple war production through leading strikes, so the intention was not just to convict and imprison the individual defendants, but to criminalise and destroy the organisation.

Rather than retreat, panic or succumb to defeatism, the leaders of the SWP weighed up the situation and developed a defence strategy. They realised that many people outside of the socialist movement viewed the prosecution as unfair and anti-democratic. They helped to establish a broad coalition of unions and community groups called the Civil Rights Defence Committee that received the support and funding of over 100 union branches across the country.

In order to politically isolate the prosecution in the trial, they positioned themselves as defenders of free speech and the Bill of Rights in the Constitution, while openly defending their aim to end the rule of the capitalist class.  Cannon described the trial as an “unparalleled opportunity to make more workers acquainted with our program and activities.”

The format of “Socialism on Trial” consists of a series of questions and answers. The first series of questions were put to Cannon by his defence lawyer, Albert Goldman, who was another defendant in the case. The back and forth format as well as the odd interjection by the prosecutor or judge really engage the reader.

The testimony offers a clear exposition of the socialist view of capitalism, war, revolution and socialism. Cannon’s words ring true today, as he describes the inevitability of war and violence under the capitalist system, as corporations and their nation states compete for a greater share of the world market, “It is impossible to prevent wars without abolishing the capitalist system which breeds war. It may be possible to delay war for a while, but eventually it is impossible to prevent wars while this system, and its conflicts of imperialist nations, remains.”

Cannon described how the American capitalist class were not promoting the war in order to bring ‘democracy’ or ‘freedom’ to Europe: “We do not think that the Sixty Families who own America want to wage this war for some sacred principle of democracy. We think they would only use the opportunity of a war to eliminate civil liberties at home.”

Putting up a defence

The prosecution attempted to paint the SWP as a conspiratorial group who were in favour of sabotaging the US war effort with terrorist tactics. Cannon explained that the aim of socialists is to win a majority in society to socialist ideas, and quotes Karl Marx: “the social revolution of the working class is a ‘movement of the immense majority in the interests of the immense majority’.”

In an attempt to paint the SWP as instigators of violence, the prosecution incredibly used this quote from their paper: “During the drivers’ strike of May 1934, the employers threw against the embattled transport workers the entire police force of Minneapolis and 5,000 special deputies armed with clubs and guns… the drivers fought the police and deputies to a standstill and chased them off the streets.” In reply Cannon argued, “I think the workers have a right to defend themselves. If that is treason, you can make the most of it.”

In today’s context of increasing state surveillance, encroachments on civil liberties and attacks on workers’ rights, “Socialism on Trial” contains valuable lessons for all political activists fighting for a better world. 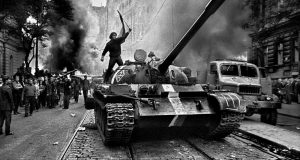 50 years on- The real history of the Prague Spring 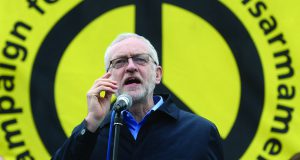 The Socialist Party and support for the Corbyn movement