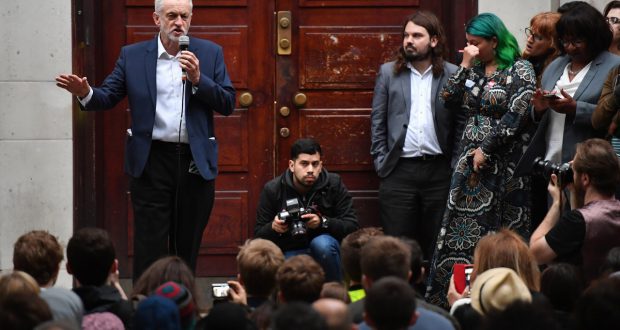 Theresa May has called a general election for one reason – not the reason she gave – but because of the government’s weakness in face of a rising tide of anger in British society.

Workers are suffering the most prolonged squeeze on wages since the start of the nineteenth century. Benefits cuts are leaving millions without enough money to feed themselves and their families. Last year a record 200,000 people were admitted to hospital suffering from malnutrition. Education and the NHS are facing life-threatening cuts. The housing crisis is acute. The new ultra-draconian anti-trade union laws are creating bitterness and frustration among trade unionists.

Far from being a strong government, May fears that, given the Tories’ wafer-thin majority in parliament, she could be overwhelmed by forced u-turns. In the first year of the government alone there were eleven, now – in order to try to prevent more – May has made the biggest u-turn yet. Having pledged not to call a snap election she has gone ahead and done so. This shows how capitalist politicians change the rules whenever it suits them.

Cameron and Clegg introduced the Fixed Term Parliament Act in order to try to shore up the Coalition government for five years, now May is over-riding it to try to strengthen a weak Tory government. She is gambling, based on current opinion polls, that she will win the general election with an increased majority and will then be more able to carry out her real programme – not the warm words about helping the ‘just managing’, but vicious austerity.

Her gamble is high-risk. The real poll will take place on 8 June, and a lot can happen between now and then. She is partly posing the election as a referendum on Brexit, hoping that the third of Tory voters who supported ‘remain’ will reluctantly continue to support her government. This is not guaranteed however – some may well switch to the pro-remain Liberal Democrats.

Moreover, the hated Tories are very unlikely to make significant inroads in Scotland. The Scottish National Party is not yet fully exposed as an austerity making party and is likely to largely maintain its electoral base. Winning the Copeland byelection has probably given May hope that the Tories can improve their position in the North of England. However, in both the Copeland and Stoke by-elections the Tory vote actually fell in absolute terms. The Tories only scraped victory in Copeland because the Tory vote held up better than the Labour vote.

Globally the lesson of recent elections – from the US, to France, to the Netherlands – is that voters want to punish the capitalist establishment; and those parties and candidates that claim to be anti-establishment can have a mass appeal. Look at Melenchon in France, who by standing on a left programme, has soared to 19% in the opinion polls with a possibility that he will even go through to the second round. Jeremy Corbyn has already stated that Labour will not oppose the general election going ahead. Now he needs to launch an election campaign based on socialist policies that are relevant to working class people’s lives.

It is clear that much of the pro-capitalist cabal at the top of the Labour Party will be secretly welcoming this election because they think Corbyn will be defeated and they can then replace him with some pro-capitalist, pro-austerity leader. However, they could rue the day this election was called. If Corbyn fights on a clear socialist programme – for a Brexit in the interests of the working and middle-class – he could win the general election.
The policies that first thrust him into the leadership of the Labour Party would be a good beginning – an immediate introduction of a £10 an hour minimum wage, free education for all, mass council house building and nationalisation of the rail and energy companies. These should be combined with policies such as an immediate end to all cuts in public services and a pledge to immediately renationalise Royal Mail.

Jeremy should make clear that he would kick the privateers out of public services and education. He should pledge to introduce a real socialist NHS – a well-funded, comprehensive, high quality NHS, under democratic control, with care to be free at the point of use. These demands should be linked to the need for fundamental socialist change – for a society run in the interests of the majority instead of for the profits of a few.
Such an election campaign should not be limited to speeches and election broadcasts. The campaign to defend the NHS should be linked to the mass movement which began with the national demonstration on 4 March. Jeremy Corbyn spoke at that demonstration. Now he, together with the trade union movement and health campaigners, should call a second demonstration, during the election campaign, mobilising millions onto the streets against the Tories and in defence of the NHS. 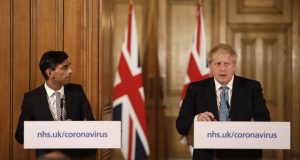