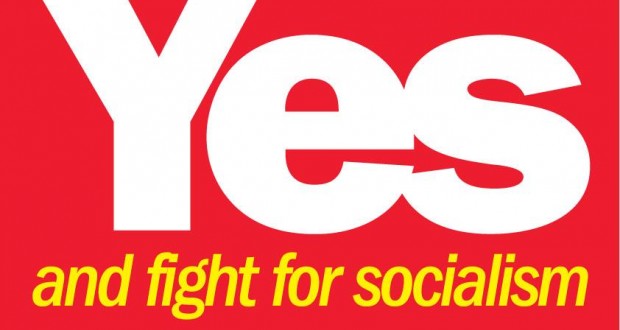 The Scottish parliament will vote next week in favour of triggering a second independence referendum. With a pro-independence majority in the parliament among MSPs the vote is a formality. The exact timing of the referendum is not clear. Nicola Sturgeon has said that a new indyref should take place either in the autumn of 2018 or spring 2019.

However, a legally binding referendum cannot take place without an agreement from Westminster.

Tory PM Theresa May therefore has three options in front of her. The first is an outright refusal to grant the referendum. Second, is to agree but seek to delay the timing until after the Brexit negotiations have concluded. The third option is to accept the timeframe as outlined by the SNP leadership.

The SNP delayed calling a referendum following the Brexit vote, in large part this is because of the static polling that, even now, still has the No side ahead by 52% to 48%.

This is despite the fact that Scotland voted 62% to 38% to stay in the EU.

Strenuous efforts have been made by the SNP leaders to seek a compromise with Teresa May over Brexit. In essence, the Scottish Government have agreed to Scotland being outside the EU as along it, or the UK as a whole, continues to have access to the single market. So far this request has been refused.

As Nicola Sturgeon commented in her speech on 13th March, “I will take the steps necessary now to make sure that Scotland will have a choice at the end of this process. A choice of whether to follow the UK to a hard Brexit, or to become an independent country able to secure a real partnership of equals with the rest of the UK and our own relationship with Europe.”

The timing of Sturgeon’s announcement was deliberately chosen to trump May’s plan to trigger Article 50, the beggnining of the formal talks with the EU over Brexit. This is now likely to take place at the end of March.

In part, the calling of a new referendum is a continuation of the SNP’s strategy designed to win concessions from Theresa May over access to the single market and a so-called “soft Brexit”. This is very much in line with the overall interests of British capitalism. Which, ironically, Sturgeon is reflecting more consistently on this issue than the traditional party of British big business, the Tories

Will the referendum take place?

At present it is most likely that the second indyref will now go ahead. However, Sturgeon did make the following comment in her speech: “Even at this late stage, I am not turning my back on further discussions should the UK government change its mind and decide it is willing to agree to our compromise proposals.”

In other words if there was, for a combination of factors, the emergence through talks of a lessening of a hard Brexit it is possible the referendum would not take place.

The nuclear option for the Tory leadership would be to refuse a second indyref altogether. This would massively inflame national tensions and would drive up support for independence, introducing a new explosive element of instability into an already volatile political situation.

The a-symmetric Brexit vote that saw Scotland, Northern Ireland (with Catholics voting by a majority to Remain and Protestants by a majority to Leave) and London declare in favour of staying in the EU is a major problem for the capitalist class.

Following Nicola Sturgeon’s speech, Gerry Adams and Sinn Fein have ratcheted up their demands for a “border poll” on the unification of Ireland. Such a referendum in the north would quickly become a naked sectarian conflict. For that reason our sister party in Ireland do not support such a demand as representing any way forward in uniting the working class, Catholic and Protestant and North and South.

Socialist Party Scotland will give critical support for a vote in favour of independence, as we did in the 2014 referendum. Our criticisms are squarely aimed at the SNP leadership who promote and defend big business interests while carrying out cuts across Scotland. And whose vision of an independent Scotland is one that would do nothing to tackle the horrific levels of low pay, inequality and poverty that are rooted in the profit system.

In contrast to a Scotland for the 1%, we stand for an independent socialist Scotland. For public ownership, wealth redistribution, and an end to privatisation. A living wage of £10 an-hour without exemptions and a massive programme of investment in public services to reverse the impact of austerity. That is only possible with socialist policies and the building of a new mass working class party to fight for them.

Moreover, an independent socialist Scotland would seek to forge the closest of relationships with a socialist England, Wales and Ireland as a step to a socialist Europe. Such a socialist confederation would of course have to be voluntary and democratic, without a hint of compulsion.

Because a second indyref would have the issue of the bosses’ EU as a central issue, alongside the SNP’s role in carrying out Tory austerity, the economy and the general shift to the right by the SNP leaders, there will be a big space to the left of the nationalists that will open up.

A socialist campaign in favour of independence can gain significant support. It should involve trade unions, groups of trade unionists and socialist organisations and others to forge that alternative.

An estimated 400,000 people who backed independence in 2014 voted to leave the EU. Socialist Party Scotland and the Scottish Trade Unionist and Socialist Coalition (TUSC), which includes the RMT transport union, argued for a break with the big business dominated EU. We campaigned for an internationalist and anti-racist alternative and for a socialist Europe.

On Brexit, we are for leaving the EU with policies that advance working class interests. For example the renationalisation of all privatised transport services, and utilities like gas and electricity, postal and all water services. In contrast, the EU treaties champion privatisation and neo-liberal policies.

We fight for an end to the savage exploitation of migrant workers by the bosses and the rate for the job and trade union rights for all. We demand an end to Fortress Europe and the brutal treatment of refugees, and the right of EU citizens and others to live and work in Scotland and Britain.

It’s inevitable that the EU and Brexit will be a key issue in the second indyref and a major fault line in the SNP’s campaign.

Scottish Labour and mistakenly Jeremy Corbyn will campaign against independence. This can only lead to the further undermining of the Labour Party in Scotland among the working class.

Socialist Party Scotland and Scottish TUSC will be standing on these fighting socialist and anti-austerity policies in the council elections in May 2017. These elections can be an important springboard for the building of a more powerful working class and socialist opposition to Tory, SNP and Scottish Labour pro-capitalist policies.