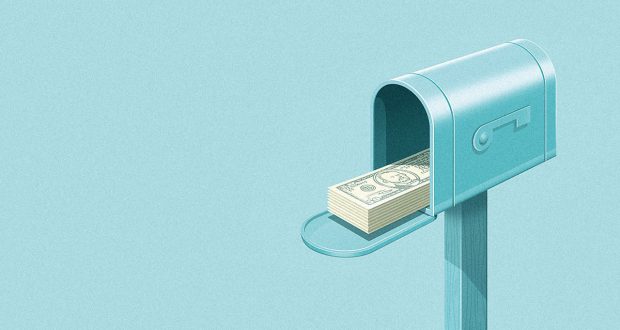 The idea of welfare benefits being replaced by a ‘universal basic income’ (UBI) has resurfaced in recent years – a welcome discussion because it raises the fundamental right of everyone to have an income that meets their basic needs. Exact proposals vary but they are all based on the idea of everyone in society receiving an unconditional, tax-free, regular payment, regardless of whether they are working or the composition of their household (see below).

Discussion on UBI is centuries old, but today campaigners point to a new urgency due to the growing precarious nature of employment and the threat to jobs from automation. More and more workers face the insecurity of having no set minimum hours of work or are being paid ‘by the task’. Many who do have full-time contracts are not paid enough for a decent standard of living.

The “possible effects on the labour market of robotics” is one of the motivations behind a report advocating UBI that is being presented to the European parliament in February by a Luxembourg MEP. The French Parti Socialiste (PS) presidential candidate, Benoit Hamon, chosen by the party’s membership for rejecting the anti-working class measures of present PS president Hollande, calls for an eventual UBI of €750 a month for every adult in France. He aims to partly finance it by a tax on the deployment of robots.

Limited UBI-type trials are being carried out – or are planned – in a number of countries and cities around the world, including in Finland, the Netherlands and Kenya. In Britain, the Scottish National Party and Green Party support the idea of a UBI, and Jeremy Corbyn has said Labour will look into it.

Ominously, it is not only from the left that support for UBI comes. The UBI trial in Finland, involving unemployed workers, is under a right-wing coalition government. Among right-wing capitalist economists and commentators who have supported some form of UBI (including ‘negative income tax’) are Milton Friedman and Charles Murray in the US, who argue it would reduce government bureaucracy by axing welfare programmes and open up a bigger ‘free market’ for private service provision.

In addition, as academic Jathan Sadowski wrote in the Guardian last year: “UBI can, in some ways, be seen as welfare for capitalists. Now more people can drive for Uber and work for TaskRabbit – at even lower wages! – because UBI subsidises the meagre paychecks earned by hustling for the sharing economy. The tech companies take home the profit and face even less pressure to pay a living wage to their non-employee employees.”

The UBI proposals of some on the right are regressive rather than progressive, ie they would directly benefit the rich more than the poor. However, despite all these possible gains for the most wealthy, most capitalist representatives have opposed UBI.

Their reasons include its vast potential cost; the undermining of having a pool of unemployed workers who can be used to drive down wages and conditions; and the safety net a UBI would give workers who move to take strike action.

When a referendum took place on it in Switzerland in June 2016, none of the Swiss parliamentary parties supported the idea. A deluge of propaganda helped to defeat the proposal, including slamming it as a ‘something-for-nothing’ handout and the right-wing Swiss People’s Party raising the spectre of a flood of immigrants eager to cash in.

Could UBI be funded?

A June 2016 study of possible UBI schemes by pressure group Compass, with funding from the Joseph Rowntree Foundation, concluded: “In the context of existing tax and benefit arrangements, it is not possible to design a scheme that is revenue neutral, pays a decent sum and withdraws most means-tested benefits without significant numbers of losers.”

This finding isn’t surprising when looking at the draconian cuts made over years to benefits for the poorest and most vulnerable layers of society, the mega tax cuts for the rich and corporations and the fact that UBI would provide for everyone in society.

Far from moving towards better-funded welfare, successive governments are pushing more and more people into destitution, one of the latest measures being backdoor cuts during the change to Universal Credit. Child Benefit, which once had an element of the UBI doctrine in that every household with children could have it, is now means-tested and its value is falling in real terms.

Not just in Britain but across the globe capitalist-driven austerity is pushing down the protection provided by all types of benefits and subsidies. For decades Alaska’s government has used oil revenue to provide every resident – including children – with an annual, unconditional UBI payment, which in 2015 reached a peak of $2,072. But last year the state governor vetoed around half of the planned payment, reducing it to $1,022, on the grounds that the state budget deficit was too high.

Searching for a UBI scheme that would be acceptable to big business, some left-leaning think tanks and political parties have proposed hybrid solutions. Any improvements in living standards for the poorest in society – and for the overwhelming majority – would be welcome, and every such scheme has to be judged on its merits.

But all their proposals go through contortions to be as ‘revenue neutral’ as possible – ie to avoid substantially hitting the wealth of the super-rich. So their best proposals would only benefit some sections of society to a modest extent, while leaving in place parts of the old benefits system to compensate the ‘losers’.

The Green Party’s proposal for a ‘citizen’s income’ more than doubles child benefit, but people presently living entirely on benefits would only do “a little better” say the Greens, with the rider that at least they wouldn’t face the misery of benefit sanctions.

Unwilling to propose raising enough money for UBI (or existing benefits) by strongly taxing the rich and big business and/or by nationalising the top companies, Compass and a number of other organisations propose creating a special ‘social wealth fund’.

Compass wrote: “Such funds have been widely used in other countries and would ensure that a higher proportion of the national wealth is held in common and used for public benefit and not for the interests of the few. They are a way of ensuring that at least part of the benefits of some economic activity are pooled and shared among all citizens and cross generations.”

Why just “part” of the benefits of “some” activity? Why not all of the benefits from the biggest – and decisive – companies in the country, through taking them into public ownership and deciding democratically how the wealth they produce is distributed?

Otherwise the funds created will be restricted in income and expenditure to the whims of philanthropists or subjected to the needs of the capitalist classes and their governments, as are the social and sovereign wealth funds that already exist across the globe – and as the Alaska example shows.

Compass also suggests that a “more radical” way of funding a UBI than a social wealth fund would be “a small annual charge on the owners of shares”.

This isn’t a new idea – many left reformists have raised it over decades. The problem they come up against is that a “small” charge wouldn’t be enough to fund a UBI that people could live on, and a large charge would be intolerable for the ruling class – whose interests the parliamentary pro-capitalist political parties will not readily defy.

The present onslaught on welfare states and the gifts of reduced taxes for the richest in society have not just been for ideological reasons. They also reflect the endemic economic crisis the capitalists face – including their lack of profitable-enough ways to invest their capital.

Why then would capitalist governments agree to a sufficient UBI that would mean much greater taxation for big business and the rich? Clearly they wouldn’t out of choice.

Any such ‘generosity’ could only be achieved by a massive wave of working class struggle, one so great that workers would most likely want to push on beyond the gaining of a ‘survival level’ UBI, to challenge the capitalists’ role and right to own the means of creating wealth in society.

What, fundamentally, do working class and middle class people want and need? Not a future where capitalist-owned robots increasingly displace them from the workplace, the bosses become ever richer and many workers are left to exist on whatever level of benefits or UBI can be extracted through struggle.

A socialist scenario would be entirely different. With the main companies taken into public ownership, automation could be used to reduce working hours without loss of pay. The available work could be shared out so that everyone who is able to can be part of producing the wealth in society and then that wealth be used to provide a good standard of living for all – including those unable to work.

Under socialism it could be democratically debated and decided whether to have a system of good wage levels with a decent minimum, along with excellent benefits for those unable to work, or whether to achieve a similarly high standard of living across the board through a UBI based system, or to adopt elements of both.

Also, a socialist society would be able to provide vastly improved services – including for the elderly and the incapacitated – which would contribute towards a universally good standard of living, along with other measures like low cost housing and transport, and free education.

Capitalism has created enough productive capacity to enable the complete wiping out of poverty and poor living standards.

However, not only will the capitalist classes not do that, they are presiding over the opposite trend – ever-increasing inequality, the enrichment of the richest at the expense of the majority. Eight individuals now own as much wealth as half of all humanity.

It’s also the case that they are unable to use anywhere near all of the productive capacity they have brought into being.

A socialist system based on public ownership of the main industries and services and socialist planning could not only use the presently unused capacity but could hugely increase the production of socially useful goods, and in an environmentally friendly way. Automation could be used to phase out the most tedious and ‘dirty’ jobs and reduce working hours, rather than being the threat to workers’ livelihoods it is under capitalism.

Supporters of a ‘progressive’ UBI say it would: