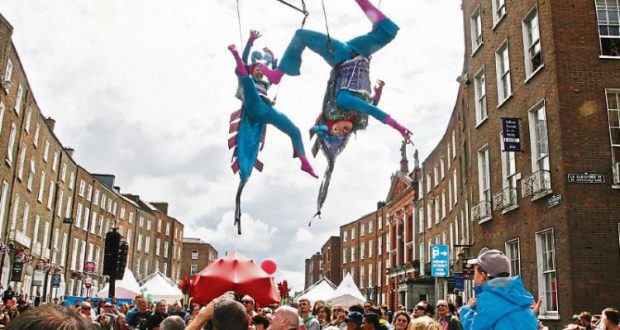 The arts in Ireland: Starved of funding

In 2016, the Fringe festival featured a wide variety of shows, including “RIOT”, where Emmet Kirwan performed his, now viral, spoken word piece “Heartbreak”, telling the story of a young working class mother, along with other politically fuelled pieces. Other plays portrayed a punk rock gig that showed the financially driven interests of property developers, the psychological journey of a Syrian woman in Ireland as her family at home were suffering in the war, and a particular highlight, “Hostel 16” which was a strong rallying cry for the end of direct provision.

“Ireland Shed a Tear?” at the Dublin Theatre Festival was written by a member of the traveller community and portrayed the cultural history and oppression of travellers and the hypocrisy hsown by the state in the wake of the Carrickmines tragedy.

Art has always been challenging and inspiring and it continues to play an important role in contributing to ongoing discussions in society and giving alternative views to the mainstream. This kind of work is necessary in a time of homelessness, Garda and state corruption and corporate greed.

The Government heralded some increased funding to the arts in 2016, but this largely went to once off projects as part of the centenary commemorations and did little to improve wages or any kind of financial security for workers in the arts. Funding was then cut in 2017, highlighting the lack of real recognition for artists, and shows the view held of the arts as a superfluous past time, rather than a state funded sector with workers contributing to society.

80% of artists in Visual Artists Ireland’s report earned less than €10,000 per annum, and the average income of dancers is €10,123 per annum. On top of that, artists are frequently asked to work for free, and the lack of professional recognition combined with freelance work creates difficulties for artists who are having to sign on and off of social welfare on a regular basis.

The voice of working class people and minority groups are important in the diversity of the arts, but due to the lack of funding and wages, it can be difficult for people to succeed as professionals without luck or a wealthy background. Many artists work a day job and save up or take out loans to pay the costs of venue rental and insurance, along with anything else necessary, if they haven’t succeeded in getting a grant from the arts council.

Grants can be very competitive; for example, for emerging artists, there was a grant of €12,500 available for 15 artists, but to be eligible, an applicant must have been recognised by their peers as a professional artist for at least five years. This shows how difficult it is for young artists to break through, and many artists are “emerging” for many years as they fund their own work.

Women are also disproportionally affected – the Mother Artists Makers group surveyed theatre artists and found that after having children, half of those surveyed lost all of their theatre income, and 95% of the rest suffered reduced incomes. The lack of affordable childcare is a huge issue for all working class women, and childcare which can be provided for women who work evenings and weekends is required by those working in the arts.

To make the arts accessible, it needs to be affordable from childhood and integrated into education, as well as a living wage available from the state for professional artists. A study by the Arts Council and ESRI found that culturally engaged children developed better social skills and confidence to cope with school work, along with developing artistic skills and interests.

It’s a very welcome development that groups of artists are organising against cuts and for increased state spending on the arts. Linking these campaigns to the need for left-wing and anti-capitalist challenge to the logic of the market in which private wealth and profits lay untouched, will strengthen the campaigns and reject any false choices posed of funding the arts versus funding other services.

The wealth is there for it all but it’s in the hands of the profiteers! Capitalism won’t value the arts in a real way, or recognise the importance of having skilled, professional artists leading creative work. Socialists recognise art not because of its profitability, but because of its role in society, its benefits in education, health and interpersonal development, and the enjoyment it brings as a fundamental aspect of human society throughout history.