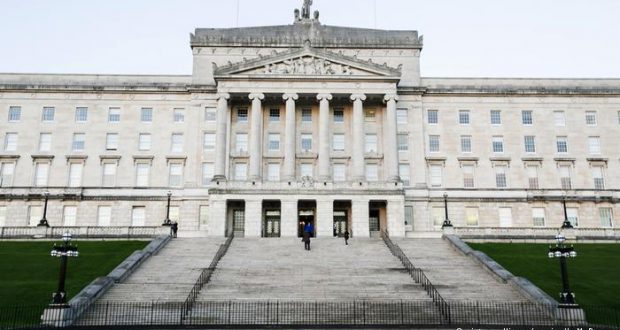 The RHI scandal will mean that, while little is done to help the 42% of people here who live in fuel poverty, Northern Ireland’s Ferrari showroom will be kept cosy at a profit using public funds for the next 20 years. In Arlene Foster’s own rural constituency of Fermanagh & South Tyrone, 75% of GP surgeries face closure but Viscount Brookeborough will receive £1.6 million to heat his 1,000 acre estate from this botched scheme. While the DUP’s fingerprints are all over this debacle, all the main parties bear responsibility. They all backed the scheme and had knowledge of the scale of the financial black hole since early last year but it was left to a whistleblower to bring it to the public’s attention.

RHI isn’t a one-off. A series of scandals have exposed the DUP’s cosy relationships with bosses and property developers. The scandal, however, is reflective of the right-wing, neo-liberal approach of all the main parties, who go out of their way to throw handouts at big business. They are united in supporting a cut to corporation tax which will be the equivalent of an RHI scandal every year, transferring hundreds of millions from public services to companies’ profit margins. While a huge amount is set to go up in smoke, teachers striking against a 0% pay offer have been told there is “no more money.”

Only weeks ago, politicians were boasting of how well the DUP and Sinn Féin were working together in government. On January 8th, however, Martin McGuinness resigned as Deputy First Minister, which has forced the calling of fresh elections. He claimed that he was calling a “halt to the DUP’s arrogance.” In truth, Sinn Féin were very slow to take a stand. In December, they abstained on a motion in the Assembly calling for Foster’s resignation and have been nervous about calling for an independent, public inquiry. It was only pressure from the public and their base which forced Sinn Féin to take a harder position.

In the course of the scandal, Arlene Foster has tried to muddy the waters as to why ordinary people are calling for her resignation, including claiming that attacks on her are misogynistic. As a woman in a public position, there’s no doubt she has been subject to sexist attitudes – including from DUP colleagues – but Arlene Foster is the leader of a sexist party which, like all the main parties, opposes a woman’s right to choose.

Since McGuinness’s resignation, Foster has claimed to have “done nothing wrong” and that this is really about attacking the leader of “strong Unionism” who won’t “role over to Sinn Féin.” The resignation has provoked a war of words between the two parties. Ministers clashed over whether a suspension of the institutions would mean the introduction of the hated “bedroom tax” already in place in England. Emergency legislation will suspend the introduction of this attack but only until 2020. This year, other welfare cuts agreed by Sinn Féin and DUP will mean over 100,000 see a reduction in benefits. Some families will lose as much as £2,000 per year as a result.

Sectarian attempts to distract from the real issues

Both parties have also engaged in various sectarian provocations in order to turn the election into a Orange versus Green headcount rather than a real discussion on the political issues at stake. On December 23rd, Paul Givan cut the Líofa bursary scheme for young people to attend the Gaeltacht in summer by £50,000, although he was subsequently forced into a U-turn. While Givan’s decision to cut the bursary was certainly sectarian in its nature, Sinn Féin cynically use this issue when their own Ministers have overseen cuts to Irish language funding in the past. Meanwhile, Sinn Féin Finance Minister Máirtín Ó Muilleoir has suddenly decided to remove the Union flag from his department’s buildings, an emotive issue and a move clearly aimed at whipping up sectarianism.

Some politicians have claimed that there will be “no return to the status quo” but that is precisely what any agreement between the parties of sectarian division and austerity will mean, whatever superficial changes are made. Neither is direct rule from the Tories in Westminster nor the nationalist SDLP’s proposal of joint rule between the right-wing governments in London and Dublin any solution. In fact, similar to the Anglo-Irish Agreement of 1985, this proposal would provide a rallying call for sectarian forces. Only by building an alternative that can unite working class people in struggle against this rotten establishment can a real way forward be found.

Growing space for a left challenge

Even before the ‘cash for ash’ scandal, people  here had a correctly cynical attitude to the Stormont institutions, seen as ineffective and the politicians within them aloof and self-interested. Before the latest debacle, a poll showed only 28% trusted Stormont politicians. In particular, young people are turned off by the sectarian and backward politics which currently dominate in Northern Ireland, with marriage equality and a woman’s right to choose denied despite the wishes of the majority in society.

This disillusionment – which will only have been deepened by the latest scandal – has been reflected in consistently falling turnout in elections but also by an increasing space for candidates from outside the Unionist and nationalist camps, including those offering a left alternative. In last year’s Assembly election, the Green Party – which is critical of austerity and seen as radical – boosted its vote and won its second seat while People Before Profit made a breakthrough by winning seats in West Belfast and Derry.

The Socialist Party worked with others to launch Labour Alternative ahead of last May’s election, recognising that the rise of Jeremy Corbyn to the leadership of the British Labour Party on an anti-austerity platform had raised the sights of an important section of workers and young people. This represented a break with the unashamedly pro-capitalist politics which have dominated the Labour Parties in both Britain and Ireland for decades. While British Labour does not allow official candidates to stand here, the party’s membership has increased from 400 to over 3,000 since the advent of Corbyn’s campaign, making it probably the second largest in Northern Ireland.

Historically, the labour and trade union movement has been the key force able to unite ordinary people here to fight for their common interests and challenge sectarianism. Labour Alternative represents a step forward in building the kind of left which is needed to really change society Northern Ireland – resolutely opposed to cuts and the race to the bottom, bold in demanding LGBT and women’s rights and, crucially, based in both Protestant and Catholic communities and advocating compromise and mutual respect on the divisive issues.

Last year, Labour Alternative’s three young candidates – drawn from across the sectarian divide – won the best votes for any left candidate in their constituencies in decades. Slogans like ‘Don’t vote for dinosaurs’ captured the attention of a layer of young people. In this election, Labour Alternative will again field candidates to provide a cross-community opposition to austerity, inequality and sectarianism. Alongside trade unionists and other activists, we will also work to ensure that the broad labour movement presents the most credible challenge possible to the Stormont establishment in this election. 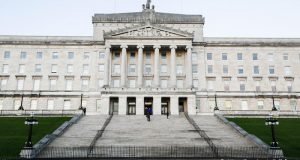 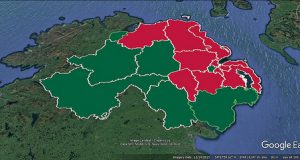 Elections in the North: A socialist and labour alternative is needed