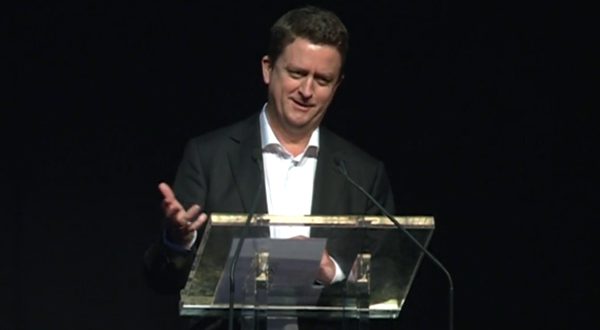 Right wing columnist, David Quinn warned in the Irish Independent (13 January, 2017) that, “We should be more worried about rise of hard left than tiny alt-right.”

This is a common theme coming from the Irish establishment — still reeling from the external political shocks of 2016 and nervous about their own position. Increasingly discredited as they preside over and exacerbate unprecedented inequality, they are now trying to paint themselves as the moderate “centre”, staving off the rise of extremes. But as Quinn points out, the challenge to the establishment in Ireland is from the left — coinciding with important sections of workers, women and young people becoming radicalised by issues such as homelessness and the denial of women’s bodily autonomy.

It follows, then, that a political campaign of smears and distortions aimed at the left is in order. And what better way than to somehow find a link, no matter how contrived, between the politics of the left and the regressive, menancing and racist politics of the far-right. Of course the only tenuous link that he can find is in the ambiguous term “anti-establishment”, which in the recent US elections, for example, included both Bernie Sanders (on the populist left) and Donald Trump (on the populist right). Anti-establishment doesn’t necessarily mean left, or progressive, or even preferable to the existing establishment.

It’s no surprise, given his own deeply right-wing politics, that David Quinn is unable to distinguish between the ideas and actions of the left and right. So he’ll conflate a hateful, anti-Muslim rally organised by neo-fascists with the counter-demonstration organised by those who are opposed to discrimination and racism. He’ll use the protest by the community of Jobstown in November 2014 against the visit of Joan Burton to the area, peacefully demonstrating their disgust with the policies and sellout of the Labour Party, as an example of an anti-democratic “street battle”. And he will shamefully equate opposition to the Israeli state’s oppression of the Palestinian people with anti-Semitism.

Spurious equating of left and right

Quinn’s piece takes issue with an article by Fintan O’Toole that outlines, “six important ways in which the current version of fascism is fully loyal to the tradition from which it comes.” But Quinn says that, “Along the way, and without meaning to, he [O’Toole] also described many of the characteristics of the hard left.”

In Quinn’s view that includes the supposed “street fighting” mentioned above and the general “public theatre” he says is seen in the “well-organised anti-water charge demonstrations”. The only other crossover he can scrape from O’Toole’s article is the hatred displayed by the far-right for people from other nations, ethnicities or religions than themselves, which is comparable to the apparent hatred displayed by the left towards the “ruling, capitalist class”.

Only the most ardent right-wing ideologues, like Quinn, are so out of touch that they can put discriminated-against minorities — the targets of far-right, who are usually also poor — on the same par as the powerful elite who make up the ruling class.

If the left “fight the power”, the right “fight the powerless”. In this capitalist world rife with war, disease, poverty and environmental destruction there are those who suffer as a result, and there are those who benefit. Socialists organise with the former group to challenge the latter, fascists do the opposite. Socialists fight to change the world, for real democracy and economic planning to improve the lives of all: yes, for revolutionary socialist change to end the rule of the 1%.

David Quinn is clearly firmly against such radical socialist change and for maintaining the economic and social status quo. In fact, Quinn would like to turn the clock back to an era when the status quo meant the Catholic Church being a dominating force within Irish society. As former editor of the Irish Catholic and founder of the right-wing Iona Institute, he was vocal in his opposition to the introduction of divorce, marriage equality and is adamantly opposed to repealing Ireland’s abortion ban.

Quinn and the far-right, not so far apart

Interestingly, O’Toole makes other points about what defines fascism that Quinn didn’t alude to. Obviously because they simply don’t apply to the left, but it’s hard to think that Quinn didn’t recognise parts of himself in them. For example the need to make hysterical pronouncements about “the enemy within”. As he was writing his article to warn that “People who believe that the Russian Revolution is ‘the greatest event in history’ currently sit in the Dáil” or that, “two members of the 23-member standing committee of the ASTI are Trotskyists” — surely the thought must have crossed his mind that O’Toole was on to him.

The emergence of the alt-right and their ilk is partly a reaction to the growing desire amongst young people, women, LBGTQ people and people of colour to end discrimination and prejudice, which some (a very small minority) see as a threat. David Quinn’s cantankerousness is also a reaction to this positive social development.

His dismay at the lack of “concern about the undoubted, visible and growing influence of the hard left” represents, for socialists, a backhanded compliment. We look forward to more articles like Quinn’s latest, because they expose his own reactionary views and highlight the alternative — the socialist left.