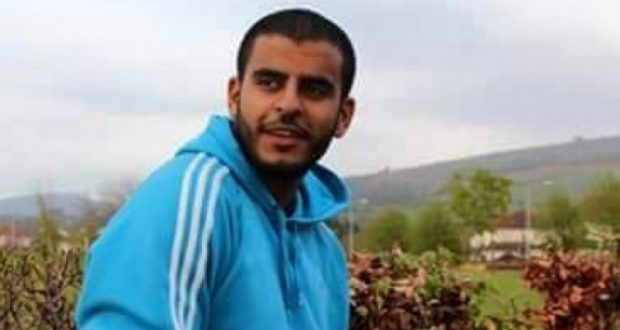 AAA TD & Socialist Party member Paul Murphy recently visited Egypt to meet Irish citizen Ibrahim Halawa, who has been incarcerated by the el-Sisi military dictatorship since August 2013 to highlight the injustice of his case. Below he writes a report of the visit and the brutal realities of life under el-Sisi’s rule.

“I want to go home.” That was Ibrahim Halawa’s first message to the delegation of eight TDs which met with him on Tuesday in Wadi el Natrun prison. We had come to visit this 21 year old Irish citizen, on the back of a public campaign spearheaded by his tirelessly campaigning sisters and a Dáil motion calling for his release. He is desperate to be home and with each court appearance (which are mass trials with 493 other defendants) which come and go with no verdict, he loses hope that he will ever be free.

He is in a maximum security prison supposed to be reserved for those who have been convicted, which he hasn’t been. Ten people sleep in a cell so small that their feet touch and with no space to move. They are only a few centimetres off the hard ground on very thin mattresses. There is one toilet per cell and no privacy. In a previous prison, he was beaten with an iron bar and cut with metal chains. He was also put in a tiny cell two metres long and 80 cm wide with two others as a punishment for refusing visits previously.

His continued jailing is part of the counter-revolutionary process spearheaded by the military regime of el-Sisi. This has seen a crackdown on democratic rights – with trade unionists, socialists, journalists and human rights activists all rounded up together with the Muslim Brotherhood. He was 17 when he visited Egypt and participated in a protest along with his sisters against the removal of President Morsi of the Muslim Brotherhood, who had replaced Mubarak.

After Morsi’s election, the Brotherhood attempted to come to an arrangement of co-existence with the old military ruling clique, which essentially remained in place. It had also limited democratic and human rights, alienating even many of those who voted for Morsi in the election, as an alternative to the candidate of the old regime.

The result was that when mass demonstrations of millions took place demanding that Morsi must go, the old military regime, led by the head of the armed forces, el-Sisi, was positioned to replace him. Given the disenchantment with the Muslim Brotherhood, there was an initial wave of enthusiasm for el-Sisi, with one independent journalist I spoke to referring to ‘Sisi-mania’ at the time.

In order to consolidate its rule, it unleashed murderous assaults at Muslim Brotherhood protests, killing up to 1,000 in one incident. Since then, its attacks have broadened to include all those who oppose its rule and all except government representatives agreed that the human rights situation is incredibly worse now than under Mubarak. Egypt now has the third highest number of journalists locked up, after China and Turkey.

Mass pressure must be kept up to demand that the Irish government does everything possible to ensure the release of Ibrahim. Broader solidarity should be built to support all those in Egypt facing repression and for the building of a mass workers’ and socialist movement to transform Egyptian society. 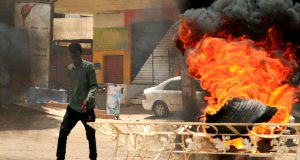