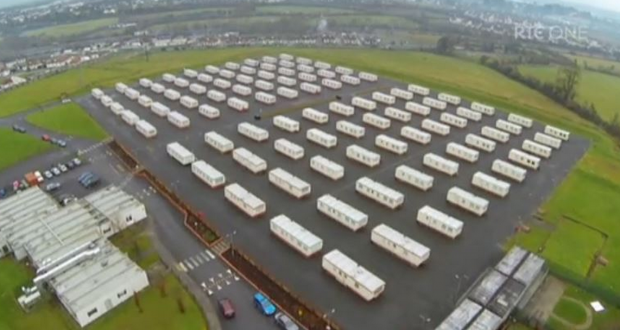 On Tuesday 15 November, after a gruelling 35 day hunger strike, a Kurdish resident of Direct Provision resisting a deportation order to Iran emerged victorious, with the state rescinding the order after his health began to decline upon refusing water in addition to food.

This is just one story of many within the system who live their lives in constant fear of deportation and the lack of protection afforded to them or their families.

Due to the remote location of these centres it provides a means to viciously tear families apart through deportation. The toxic environment where mental health suffers to extremes and where child protection laws are irrelevant to the children that reside there.

It has been 17 months since the publication of the McMahon report, which was compiled with the assistance of the much hated “Working Group”. It was comprised mainly of NGO officials and which excluded individuals who actually resided within the system, and conditions for many within the Direct Provision centres continue to deteriorate.

The working group, established in 2014 largely to curtail the rising grassroots protest movements that were being established within the centres themselves, was extraordinarily  limited in its scope. As such, the recommendations provided were minimal at best, excluding key issues such as the right to work, increased protection for children and educational opportunities for adults within the system.

This year, Minister Francis Fitzgerald was questioned about the implementation of even the minimal recommendations put forward by the group. Upon investigation it was discovered that the McMahon report largely remains cast aside. It was a mechanism by the Labour Party that sought to stifle debate in society during the most active periods of self-mobilisation within the system by giving the benefit of the doubt to a process that was largely rejected by the residents themselves.

Additionally, it has been reported that the progress that was hard won by residents in the Kinsale Road Direct Provision Centre in Cork, where in 2014 up to 300 individuals mounted daily protests from 5am and prevented staff from gaining entry until their demands were met, have begun to be rolled back as the key organisers involved were granted residency or transferred to other centres.

The profit driven model of the Direct Provision system is clear. Between 2010 and 2015, nine private companies were paid over €10 million each by providing services such as catering to Direct Provision centres. The provision of profit to private business continues to spur on the degrading and inhumane treatment of those within the system.

Direct Provision, a system that was designed not to meet the needs of asylum seekers but to facilitate easier deportations, must go. It cannot be reformed into a better model when its primary purpose is to assist institutional state racism and profit for a groups of select private businesses.

We must defend the democratic right to asylum and oppose any attempts to divide Irish and migrant people living here. There must be investment in public services and an affordable homes plan so that all our needs can be met. 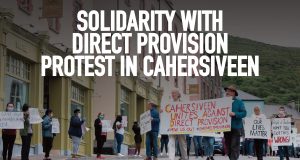